Outside the Box [Office], the USC African American Cinema Society (AACS),
and Netflix, invite you to attend Giving Voice is currently available on Netflix. We will NOT screen the film as part of this Webinar. 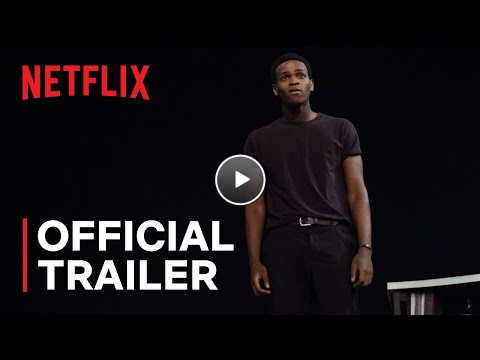 A new generation of performers is discovered in Giving Voice, which follows the emotional journey of six students as they advance through the high-stakes August Wilson Monologue Competition, an event which celebrates one of America’s preeminent playwrights.

Every year, thousands of students from twelve cities across the United States perform the Pulitzer Prize winner’s work (Fences, Ma Rainey’s Black Bottom, etc.) for a shot to perform on Broadway.

Directors James Stern and Fernando Villena capture students discovering themselves and the world around them through Wilson’s The American Century Cycle, a canon of ten plays portraying the 20th century African American experience. Executive producer Viola Davis, along with “Fences” co-star Denzel Washington, share the impact that Wilson’s timeless artistry and legacy has had on their careers and their hopes for the young people carrying it forward.

Winner of the Festival Favorite Award at the 2020 Sundance Film Festival, Giving Voice is an Endgame Entertainment and Pilgrim Media Group Production in association with Endeavor Content, Impact Partners, Get Lifted Film Co and JuVee Productions.

Giving Voice is James Stern’s seventh documentary that he has directed. He directed the Oscar shortlisted doc, Every Little Step for Sony Classics, as well as his most recent film American Chaos. Additionally, Stern directed Sport in America: Our Defining Stories for HBO, the IMAX film MJ to the Max, The Year of the Yao for New Line and ...So Goes the Nation for IFC.

Stern founded Endgame Entertainment as an independent film company specializing in development and production and has produced more than 35 films, over 20 Broadway shows, and various other entertainment properties. Among the many films Stern has produced, are Rian Johnson’s international hit Looper starring Bruce Willis and Joseph Gordon-Levitt, Lone Scherfig’s An Education, which earned three Academy Award nominations including Best Picture and Best Actress (Carey Mulligan), Steven Soderbergh’s acclaimed Side Effects, Todd Haynes’ I’m Not There, for which Cate Blanchett won a Golden Globe Award and was an Academy Award nominee; and Oliver Stone’s Snowden.

Giving Voice is Fernando Villena's second feature as a director.

A native of Miami, Villena likes to say that his editing career began when he was fifteen, as he and his friends were watching his Scarface VHS every day after school. One day, using two VCR decks, he took out all the “boring” parts and re-edited Scarface into 45 minutes of violence and awesomeness. It was love at first sight.

After graduating with a Bachelor of Fine Arts from Florida State University, Villena moved to New York and began “cutting everything he could get his hands on”, from commercials and music videos to documentaries and feature films, eventually relocating to Los Angeles. Along the way, Villena worked with a wide range of notable directors including Francis Lawrence, Michel Gondry, Marc Webb, Davis Guggenheim, and Chai Vasarhelyi. His editing credits include Gamer (2009), Crank: High Voltage (2009), and the Oscar-nominated The Darkest Hour (2011).

After 18 years working as an editor, Villena made his directorial debut with the 2019 film, Any One of Us.

Nia Sarfo is a second-year musical theater major at the USC School of Dramatic Arts. She is originally from Chicago and participated in the National August Wilson Monologue Competition for two years.

Nana Adwoa Frimpong is an MFA Candidate in the Film and Television Production program at USC. Before that, Nana attended the University of Toronto where she graduated with Distinction in English. While a student, Nana hosted the fifth annual TEDx conference, served as Vice-President Equity of the student union, and created the online and print photo journal, Maya, to honor women storytellers. Nana is committed to directing, writing, and producing stories that illuminate the humanity of women, girls, and people of color, while at the same time creating more opportunities for women to collaborate behind the camera. At USC, Nana is a George Lucas Scholar and the recipient of the John Huston Scholarship for Directing. Her short film, What Nina Said, about black women and their experiences of misogyny, shame, and liberation was a finalist in the 2020 Women in Cinematic Arts Feminist Festival.