THIS SCREENING HAS BEEN CANCELED! 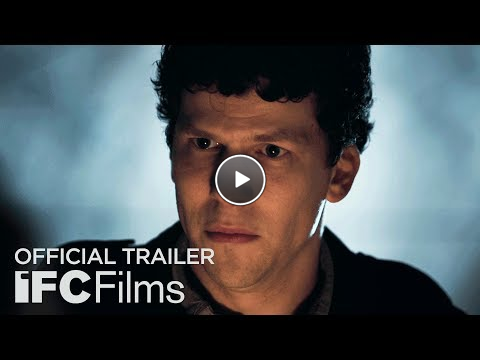 Before he was the world-famous mime Marcel Marceau, he was Marcel Mangel, an aspiring Jewish actor who joined the French Resistance to save the lives of thousands of children orphaned at the hands of the Nazis. Jesse Eisenberg stars in this compelling drama about a group of unsung heroes who put themselves in harm’s way to rise above hatred and oppression during World War II. As a young man growing up in Nazi-occupied Europe, Marcel has no intention of getting involved in the war – his pursuits include impersonating Charlie Chaplin in burlesque clubs, painting backdrops for his plays, and antagonizing his obstinate father. His life is thrown into upheaval when he is recruited into the French Resistance, putting his acting skills to the ultimate test in teaching orphaned Jewish children how to survive in the horrifying reality of the Holocaust. Based on the inspiring true story, RESISTANCE follows the revolutionary tale of a selfless act that would forever change countless lives. Venezuela's most celebrated filmmaker and writer, whose film SECUESTRO EXPRESS was nominated for Best Foreign Language Film at the British Independent Film Awards and was a New York Times "Critics' Pick" in 2005. SECUESTRO EXPRESS became Venezuela’s highest-grossing film, eclipsing such movies as TITANIC and THE PASSION OF THE CHRIST. It became the first Venezuelan movie to be acquired by a Major US Distributor Miramax. Jonathan’s first film project was DISTANCE (2002/I), a poignant short film about a woman's mysterious past unfolding during an unexpected trip to Holland in the aftermath of the terrorist attacks. DISTANCE screened at the World Film Festival of Montreal, New York Independent Film Festival and Palm Springs Short Film Festival, among others.

In addition, Jakubowicz wrote and directed, SHIPS OF HOPE, a documentary recounting the journey of refugee Jews on a ship fleeing the European Nazi Regime to Venezuela. It screened at the Director's Guild of America's Angelus Awards, and the Havana Film Festival. The documentary went on to win Best Documentary at the Premios a la Calidad de Cenac (Venezulelan Oscars). SHIPS OF HOPE was purchased by HBO and History Channel Latin America.

In 2010 he co-directed the HBO International Show PRÓFUGOS, the biggest action driven original series ever made in Latin America. The series premiered in September 2011 in the US and all Spanish Speaking territories across the world, and was nominated to the Monte Carlos TV Festival as Best Series of the Year.

His 2nd film, HANDS OF STONE (2016), about the relationship between Panamanian boxer Roberto Durán (played by Edgar Ramírez) and his trainer Ray Arcel (played by Robert De Niro) premiered in the Cannes Film Festival in 2016 and was warmly received with a 15 minutes standing ovation. It's the first Latin movie to have a simultaneous wide release in all of Latin America.

In November 2016, Jakubowicz published his first novel Las Aventuras de Juan Planchard and it immediately became a best-seller in the Spanish Language market. In February 2017, it became the number one Amazon Best Seller for all Foreign Language Fiction. In Venezuela, the book sparked unprecedented success, not only in record-breaking sales but also in the amount of public gatherings to read it. One community of fifty-thousand people that define themselves as "resistance to the Maduro dictatorship (Resistencia Venezuela hasta los tuétanos)", read the book aloud every night on the encrypted frequency of the app Zello. The book is on its way to become the biggest Best Seller of all time for a Venezuelan author.

His latest film, RESISTANCE, stars Academy Award nominated actors Jesse Eisenberg, Ed Harris, Clémence Poésy and Edgar Ramírez. The film was shot at the end of 2018 and it tells the story of how a group of Boys and Girls Scouts created a network that ended up saving ten thousand orphans during World War II. One of them went on to become the greatest mime of all time, Marcel Marceau.

Jakubowicz is of Polish Jewish descent. Has a BA in Communications from the Universidad Central de Venezuela.