THIS SCREENING HAS BEEN POSTPONED INDEFINITELY AND WE WILL ANNOUNCE A NEW DATE ASAP. 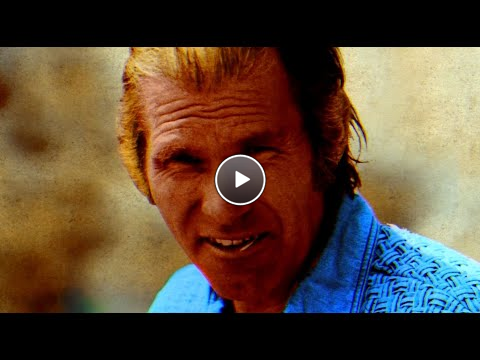 "Horror Film Director Found Slain, Buried Under Floor", screamed the 1995 headlines read around the world. But the truth behind the wild life of Al Adamson – including the production of such low budget classics as SATAN’S SADISTS, DRACULA VS. FRANKENSTEIN and THE NAUGHTY STEWARDESSES – and his grisly death reveals perhaps the most bizarre career in Hollywood history. Told through over 40 first-person recollections from friends, family, colleagues and historians – plus rare clips and archival interviews with Adamson himself – BLOOD & FLESH is the award-winning chronicle of bikers, go-go dancers, porn stars, aging actors, freak-out girls, Charles Manson, Colonel Sanders, alien conspiracies and homicidal contractors that House Of Mortal Cinema calls "brilliant stuff…a superb documentary and one of the top films of the year." Producer/Director David Gregory made his first feature-length documentary TEXAS CHAIN SAW MASSACRE – THE SHOCKING TRUTH in 2000 for the distribution company he co-founded, Blue Underground. He soon went on to direct – and often produce and edit – over 100 documentary features and shorts for DVDs that included THE DEER HUNTER, BADLANDS, HENRY: PORTRAIT OF A SERIAL KILLER, FASTER PUSSYCAT! KILL! KILL!, FRANCES, NEAR DARK, HEATHERS and THE MAN WHO FELL TO EARTH, as well as the feature-length projects THE JOE SPINELL STORY, BAN THE SADIST VIDEOS!, THE GODFATHERS OF MONDO and the IFC original production THE SPAGHETTI WEST. He made his narrative feature-directing debut in 2008 with PLAGUE TOWN – which he also co-wrote and co-edited – that Fangoria hailed as “a nightmare captured on celluloid.”

In 2006, Gregory, along with Carl Daft and John Cregan, formed Severin Films to restore and distribute international genre classics on DVD and Blu-ray. Gregory co-produced and co-directed the 2011 anthology horror feature THE THEATRE BIZARRE, and it was during post-production conversations between he and segment director Richard Stanley that David began the three-year process of making LOST SOUL: THE DOOMED JOURNEY OF RICHARD STANLEY’S ISLAND OF DR. MOREAU. The documentary had its world premiere at London’s Frightfest in August 2014 and its US premiere at Austin’s Fantastic Fest a month later. It took the ‘Best Documentary Award’ at Sitges, the ‘Director Award’ at the Morbido Festival in Mexico, and collected additional awards at festivals in Melbourne, Sydney and Cape Town. Gregory most recently served as co-producer on Stanley’s return to feature directing after two decades, H.P. LOVECRAFT’S THE COLOR OUT OF SPACE.

Gregory has also produced and directed 2019’s THE MASTER OF DARK SHADOWS on the life and career of pioneering gothic horror director Dan Curtis, and has been in production on ENTER THE CLONES OF BRUCE, an in-depth look at the wave of imitation Bruce Lee movies in the wake of the star’s 1973 death. BLOOD &  FLESH: THE REEL LIFE & GHASTLY DEATH OF AL ADAMSON had its premiere at the Fantasia International Film Festival in July, 2019.