Written and Directed by Hirokazu Kore-eda
Produced by Muriel Merlin 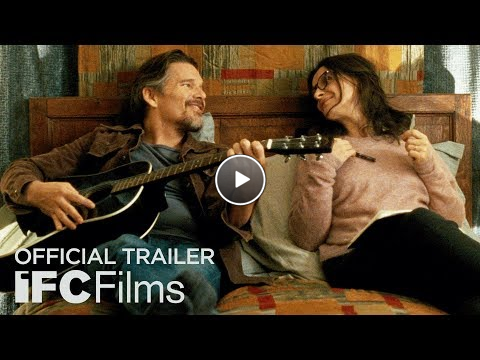 Fabienne (Catherine Deneuve) is an aging French movie star who, despite her momentary lapses in memory, remains a venerable force to be reckoned with. Upon the publication of her memoirs, her daughter Lumir (Juliette Binoche) returns to Paris from New York with her husband (Ethan Hawke) and their young daughter to commemorate its release. A sharp and funny battle of wits ensues between the mother-daughter duo, as Lumir takes issue with Fabienne's rose-colored version of the past. Reflected cleverly by Fabienne's latest role in a sci-fi drama, their strained relationship takes a poignant journey toward possible reconciliation. Charming, bold, and imbued with endless emotional insight, The Truth offers a relatable look at human relationships, featuring exquisite performances from its all-star cast.

If I dared to take on the challenge of shooting a first film abroad – in a language that’s not my own and with a totally French crew – it’s only because I was lucky enough to meet actors and collaborators who wanted to make a film with me. Juliette Binoche created the initial spark. We’d already known each other for a while when she came to Japan in 2011 and suggested that, one day, we should do something together. Her suggestion was the starting point for this project. So, I’d like to begin by expressing my respect and gratitude for her boldness. At the heart of the screenplay is a play script I’d begun in 2003 about a night in the dressing room of a theatre actress coming to the end of her career. I finally transformed this play into a film script that tells the story of a cinema actress and her daughter who gave up her dreams of becoming an actress. During this rewriting, I asked Catherine Deneuve and Juliette Binoche several times about what acting truly is and it was their words that nourished the script and brought it to life.

I wanted the story to take place in autumn because I wanted to superimpose what the heroine goes through at the end of her life onto the landscapes of Paris at the end of summer. I hope people will see how the greens of the garden change subtly as winter approaches, accompanying the relationship between mother and daughter and colouring this moment of their lives. During the shoot, Ethan Hawke told me: “The important thing when making a film is not to speak the same language but to share the same vision of the film you want to make.” These words of support helped me to stay true without losing confidence in myself. Thanks to Ethan, the young Clémentine (Grenier), who’d never been on a film set, naturally found her place, revealing a personality and a presence full of life. We directed Clementine together: Ethan in front of the camera and I behind it. As children often do in my films, the little girl watches philosophically the confrontation between these slightly overwhelmed men and these women trapped in their past.

I wanted a film that was not only serious but also light-hearted, where drama and comedy coexist, as they do in real life. I hope that the chemistry between the actors and the amused gaze of the child succeed in setting the right tone. And finally.... I can’t finish these few words without mentioning Catherine Deneuve. Never complaining about the incessant changes in the script, she always managed to keep the joy of acting intact. Having my film in her filmography – which is as prestigious as the history of French cinema itself – is for me a source of both pride and anxiety. On the set, Catherine was cheerful, adorable, deliciously mischievous and the whole crew fell under her spell. If a fresh breeze of cheerfulness and freedom blows through THE TRUTH, even though it takes place mainly inside a family home, it’s certainly because Catherine and Juliette’s charm and kindness irradiate the film from beginning to end.

THE TRUTH is the result of all the efforts and the confidence that my actors and crew put in me; it was made by the best of professionals, beginning with my director of photography Éric Gautier. I hope the pleasure I experienced on set will be reflected on screen and that viewers will leave with a little taste of happiness. This hope is made stronger by the loss of the Japanese actress Kirin Kiki, who passed away last year, and who touched me deeply as a director and also as a man and a friend. What makes a family a family? Truth or lies? And how would you choose between a cruel truth and a kind lie? These are the questions I never stopped asking myself throughout the making of this film. I hope everyone who sees it will take the opportunity to find his or her own answers.