Followed by a Q&A with Alex Thompson and Kelly O'Sullivan 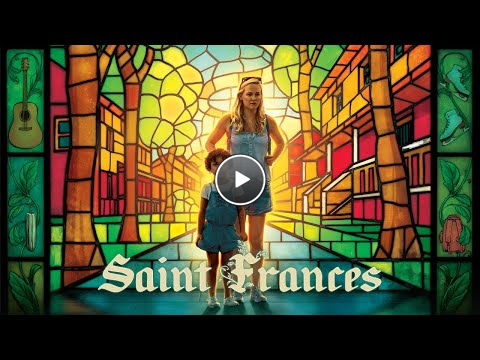 Flailing thirty-four-year-old Bridget (Kelly O’Sullivan) finally catches a break when she meets a nice guy and lands a much-needed job nannying six-year-old Frances (played by a scene-stealing Ramona Edith-Williams). But an unwanted pregnancy introduces an unexpected complication. To make matters worse, she clashes with the obstinate Frances and struggles to navigate a growing tension between Frances’s moms. Amidst her tempestuous personal relationships, a reluctant friendship with Frances emerges, and Bridget contends with the inevitable joys and shit-shows of becoming a part of someone else’s family. A Kentucky native, Alex Thompson graduated from DePauw University and took up an assistant position at Lessall Casting, in Los Angeles, where he’d spent several summers. Months later, Thompson cast his first short as a director, IRENE & MARIE. Based on his Yiayia, the film starred Olympia Dukakis, Rose Gregorio, Burt Young, and Louis Zorich. It premiered with the Greek America Foundation and played at festivals across the country. He went on to direct several films in Chicago, including CALUMET, with Austin Pendleton, which won the Grand Jury Prize at the Rome International Film Festival. That began a friendship that has endured for music videos, a web series, and two feature films as producer—OUR FATHER and KING RAT. He directed a series of dance films based on the music of composer Quinn Tsan, Bedrooms, that went on to win the Grand Prize at the In/Motion Dance Film Festival, the Jacksonville Dance Film Festival and the Flatlands International Dance Film Festival in 2016. In 2017, he directed his first feature, SAINT FRANCES, written by and starring Kelly O’Sullivan. It premiered at the 2019 SXSW Film Festival. He lives in Chicago, Illinois, and visits his family frequently. He was recently listed on Newcity’s Film 50 list of “Chicago’s Screen Gems.”

Kelly O’Sullivan is an actor and writer originally from North Little Rock, Arkansas. SAINT FRANCES is her first feature screenplay. As an actor, she has performed at Steppenwolf Theatre, The Goodman, Writers Theatre, the Pacific Playwrights Festival, and the Ojai Playwrights Conference. Her TV and film work includes two season on USA’s Sirens, and independent films HENRY GAMBLE’S BIRTHDAY PARTY, OLYMPIA, and SLEEP WITH ME, among others. She is a graduate of Northwestern University and The School at Steppenwolf, and is a recipient of a Princess Grace Fellowship for Theatre and a 3Arts Make a Wave grantee.