Outside the Box [Office], All Channel Films, and the American Genre Film Archive, invite you and a guest to attend the Theatrical Restoration World Premiere of 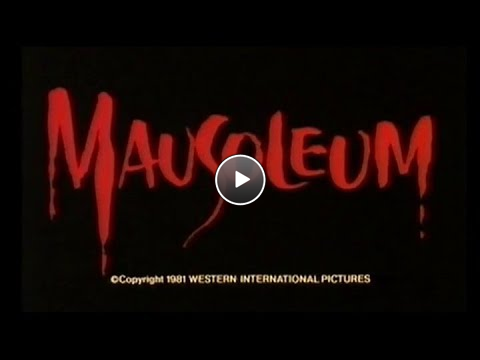 A maxed-out mix of 1980s supernatural horror and slasher excess, MAUSOLEUM is a stylish, sleazy, and outrageously gory production, featuring a series of imaginative death scenes orchestrated by effects wizard John Carl Buechler (RE-ANIMATOR, GHOULIES). A woman (Bobbie Bresee, EVIL SPAWN) is infected with some no-good Satanic darkness upon visiting her mother’s grave, and she soon embarks on a logic-defying spree of telekinetic head-burstings, sexual mutilations, and high-octane unholy transformations, including one memorable segment where her breasts become carnivorous goblin heads. This inevitably leads to some stress in her relationship with her husband, played by former child evangelist Marjoe Gortner, as well as SANFORD & SON’s wisecracking LaWanda Page as the maid who won’t take shit from demons or anyone else. Throw in one crazed gardener, Mephisto-spawned lazerlight, and a brutal disregard for all rational motives, and you’re in for the best cinematic aneurysm of your life.