This event is by invitation only. SCA Students, Faculty, Staff, and Alumni will receive an RSVP CODE to RSVP for this event beginning on Wednesday, February 12th, 2020.

SDA Students, Faculty, Staff, and Alumni will receive an RSVP CODE via the School of Dramatic Arts. About Star Wars: Episode IX - The Rise of Skywalker 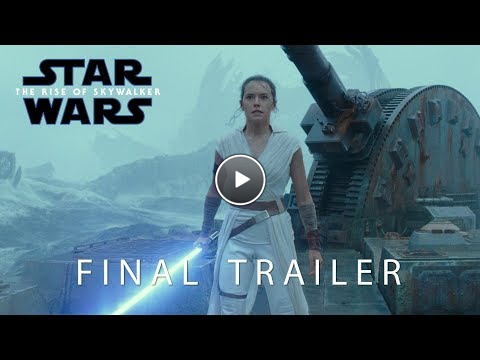 Experience the riveting conclusion of the landmark Skywalker saga, in which new legends will be born­ and the final battle for freedom is yet to come. Mark Hamill’s career has encompassed all aspects of entertainment including stage, screen, television and new media. He is best known as Luke Skywalker in George Lucas’ original Star Wars trilogy. He returned to the role in J.J Abrams’ Star Wars: The Force Awakens, as well as in Rian Johnson’s Episode VIII: The Last Jedi and finally in the conclusion of the Skywalker Saga, The Rise of Skywalker.

A prolific voice-over artist, he has performed in countless television cartoons, feature films and video games. Hamill first played the Joker in Batman: The Animated Series. He returned to the role in the Arkham Asylum video game series for which he received a BAFTA award & in the groundbreaking R-rated animated film, The Killing Joke. This past summer he lent his voice to Chucky in Child’s Play as well as The Scientist in Netflix’s The Dark Crystal: Age of Resistance.

Last year Hamill guest starred as Talus in season 2 of History Channel’s Knightfall alongside Tom Cullen, Simon Merrells, and Ed Stoppard. This year Hamill will appear in Taika Waititi’s second season of What We Do In The Shadows on FX.

This screening is free of charge and open EXCLUSIVELY to SCA and SDA Students, Faculty, Staff, and Alumni. Please bring a valid USC ID or print out of your reservation confirmation, which will automatically be sent to your e-mail account upon successfully making an RSVP through this website. Doors will open at 5:30 P.M.