An Evening with Lav Diaz & STORM CHILDREN: BOOK ONE

Outside the Box [Office], the USC East Asian Studies Center, and the American Cinematheque,
invite you and a guest to attend

An Evening with Lav Diaz & Storm Children: Book One Followed by a Q&A with Lav Diaz

Presented in Conjunction with the American Cinematheque's Series,
The End of History: The Cinema of Lav Diaz.

Learn more about the screenings at the American Cinematheque at:
http://americancinemathequecalendar.com/content/the-end-of-history-the-cinema-of-lav-diaz

About Storm Children: Book One 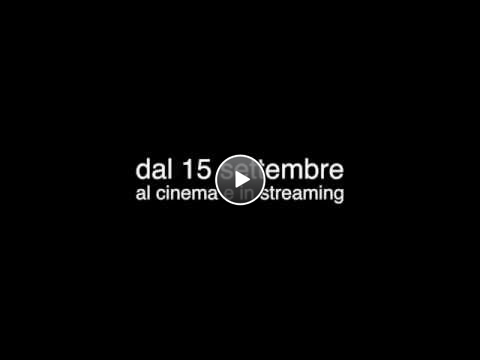 The Philippines is the most storm-battered country in the world. In 2013 Typhoon Yolanda, considered the strongest storm in history, struck the Philippines, leaving in its path apocalyptic devastation. A few months later, Lav Diaz visited Tacloban Island to film children lives in the aftermath.

With striking black & white photography, this critically-acclaimed observational documentary follows three children as they cope with the disaster—scavenging for food, telling stories, playing amid looming ships run aground on the town’s main street, and diving from others that still sit in the sea—is a moving reflection on climate change and human resilience.

Lavrente Indico Diaz aka Lav Diaz is a filmmaker from the Philippines who was born on December 30, 1958 and raised in Cotabato, Mindanao. He works as director, writer, producer, editor, cinematographer, poet, composer, production designer and actor all at once. He is especially notable for the length of his films, some of which run for up to eleven hours. That is because his films are not governed by time but by space and nature. His films are about the social and political struggles of his motherland and through these, he has garnered the admiration of the international festival circuit.

In 2013, his film Norte, The End of History is presented at Un Certain Regard Cannes Film Festival and considered as “one of the most beautiful film seen in Cannes” (Jacques Mandelbaum, Le Monde) or even “quite possibly the best film there” (Daniel Kasman, Mubi), a “superb piece of focused narrative” (Jonathan Romney, Screen) –a broadened international recognition that earns him to be invited at FID Marseilles to be part of the Official Competition Jury and eventually at the 2013 Locarno Film Festival as the President of the Jury. His film Mula sa Kung Ano ang Noon (From What is Before) won the Golden Leopard in Locarno Film Festival. The following year, his eight-hour film Hele sa Hiwagang Hapis (A Lullaby to the Sorrowful Mystery) won the Silver Bear Alfred Bauer Prize in Berlin International Film Festival and Ang Babaeng Humayo (The Woman Who Left) bagged the Golden Lion Prize in the Venice International Film Festival, the oldest film festival in the world.

In 1975, the USC Dornsife College of Letters, Arts and Sciences established the East Asian Studies Center (EASC) in order to provide dedicated leadership, coordination and support for the growing interdisciplinary education, research activity, and community outreach concerning East Asia. In addition to being an academic department, EASC has been recognized as one of the nation's leading centers for the development of East Asian area studies with over 110 USC faculty in 39 departments and schools affiliated with EASC today.