Outside the Box [Office], Blumhouse Productions, and Columbia Pictures, invite you and a guest to attend a special screening of Followed by a Q&A with SCA Alumnus Jeff Wadlow 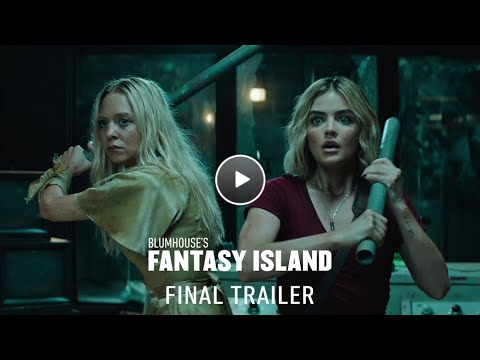 In Blumhouse’s Fantasy Island, the enigmatic Mr. Roarke makes the secret dreams of his lucky guests come true at a luxurious but remote tropical resort. But when the fantasies turn into nightmares, the guests have to solve the island’s mystery in order to escape with their lives. Jeff Wadlow’s current theatrical release is Fantasy Island, a re-imagining of the classic TV show that he directed, co-wrote, and produced for Jason Blum (Us, Halloween) and Sony/Columbia Pictures. It follows his first collaboration with Blum, the original theatrical feature, Truth or Dare (Universal Studios), which grossed approximately 100 million in theaters from a budget of just 3.5. Before that, he wrote and directed True Memoirs of an International Assassin, staring Kevin James and Andy Garcia, a film that was at the forefront of Netflix’s expansion into original features, while his preceding writing/directing effort, Kick Ass 2, was named one of the ten best films of the year by Quentin Tarantino, who stated it demonstrated a “real auteur approach.”

A graduate of Dartmouth College, Jeff attended the Peter Stark Producing Program at USC where he conceived and directed his thesis film, tHE tOWeR oF BabBLe, winning more than a dozen awards before taking the top prize in the Chrysler Million Dollar Film Festival. Jeff used the million-dollar grant to make his first feature, Cry_Wolf, which was released by Universal Studios. His next feature, the action/drama Never Back Down, starring two-time Academy Award nominee Djimon Hounsou, beat out big-budget competition to win “Best Fight” at the MTV Movie Awards, kicking-off an MMA franchise with two sequels and counting. Jeff also developed and executive produced the worldwide hit, Non-Stop, starring Liam Neeson, as well as originating the screenplay for Bloodshot, a feature film starring Vin Diesel that will be released this March from Sony/Columbia.

In television, Jeff’s first pitch sold in a competitive situation to CBS and Warner Brothers with Joel Silver (The Matrix) producing, eventually going to pilot. He followed that with another pilot order from CBS for his character-based procedural starring Minnie Driver. Jeff went on to collaborate with Cartlon Cuse (Lost) and Kerry Ehrin (Friday Night Lights) to help launch the Emmy-nominated series, Bates Motel, and then re-teamed with Cuse as a writer and Co-EP on the final season of The Strain, created by Guillermo Del Toro (Shape of Water) and Chuck Hogan (The Town). In addition to directing/executive producing the star-studded second season of the action-comedy, Ryan Hansen Solves Crime on Television, (Jane Lynch, Stephen Merchant, Rob Cordry, and more), Jeff has directed such beloved actors as Vanessa Williams, Danny DeVito, and Meryl Streep in award-winning short subjects.

Since 2004, Jeff has returned to his hometown to lead The Adrenaline Film Project, a program he founded to help filmmakers of all ages, write, shoot, and screen a short film in the Virginia Film Festival in just 72 hours. Through the Adrenaline Film Project, Jeff has helped produce more than two hundred short films, personally mentoring over six hundred aspiring filmmakers.