A SHAUN THE SHEEP MOVIE: FARMAGEDDON

Outside the Box [Office], Aardman Animations, and Netflix, invite you and a guest to attend a special preview screening of

A Shaun the Sheep Movie: Farmageddon Directed by Will Becher and Richard Phelan
Written by Jon Brown, Mark Burton, and Nick Park
Produced by Paul Kewley

Followed by a Q&A with SCA Alumnus Paul Kewley

In Theaters and on Netflix beginning Friday, February 14th, 2020.

About A Shaun the Sheep Movie: Farmageddon 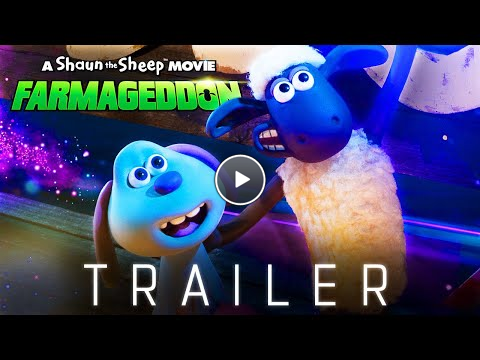 When the intergalactic visitor – an impish and adorable alien called LU-LA – crash-lands near Mossy Bottom Farm, Shaun soon sees an opportunity for alien-powered fun and adventure and sets off on a mission to shepherd LU-LA home. Her magical alien powers, irrepressible mischief and galactic sized burps soon have the flock enchanted. Shaun takes his new extra-terrestrial friend on the road to Mossingham Forest to find her lost spaceship, unaware that a sinister alien-hunting agency is on their trail.

Can Shaun and the flock avert Farmageddon on Mossy Bottom Farm before it’s too late? After a successful career as a TV producer, Paul was awarded a Fulbright Scholarship to study at the prestigious Peter Stark Producing Program at the University of Southern California in 1995. After graduating, he set up numerous projects as an independent producer with major Hollywood studios and spent more than a decade working in the US film industry.

Paul returned to the UK in 2009 to join Aardman, where he was a key player in developing the company’s feature film slate. Paul produced the Oscar, BAFTA and Golden Globe nominated Shaun The Sheep The Movie with Julie Lockhart. He also produced The Farmers Llamas a BAFTA and EMMY nominated Shaun Sheep special with John Woolley. Paul raised financing for various films on Aardman’s feature slate including Nick Park's Early Man and was the architect of the BFI/Aardman Film Lab, a scheme intended to develop animated projects in the UK.

Paul now has his own business, PEK Productions, through which he is developing films as well as producing A Shaun the Sheep Movie: Farmageddon for Aardman Animations and STUDIOCANAL.