The USC African American Cinema Society (AACS), Outside the Box [Office], and Netflix, invite you and a guest to attend a special screening of Followed by a Q&A with Stefon Bristol and Fredrica Bailey

About See You Yesterday 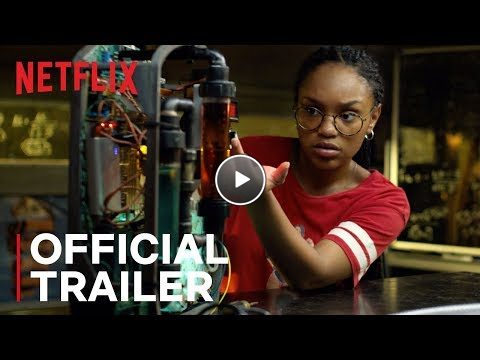 High school best friends and science prodigies C.J. and Sebastian spend every spare minute working on their latest homemade invention: backpacks that enable time travel. But when C.J.’s older brother Calvin dies after an encounter with police officers, the young duo decide to put their unfinished tech to use in a desperate bid to save Calvin. From director Stefon Bristol and producer Spike Lee comes See You Yesterday, a sci-fi adventure grounded in familial love, cultural divides and the universal urge to change the wrongs of the past. Brooklyn-born, Long Island-bred, Stefon Bristol is writing his own success story as a fresh face with a creative voice in the indie film world. Bristol is an award-winning filmmaker who recently released his first feature film with producer Spike Lee, See You Yesterday, on Netflix in 2019. It has received two Independent Spirit Award nominations, Best First Feature and Best First Screenplay with Fredrica Bailey. He is currently working on his second feature film.

As a recent alumni of NYU's Graduate Film Program, Bristol helmed many films including the Cine Golden Eagle Award winner The Bodega. Spike Lee, a longtime mentor, awarded Bristol with the 2016 Spike Lee Production Grant for his thesis short film, See You Yesterday, which the feature film is based on. The short is currently streaming on HBO online platforms: HBO Now and HBO Go. Or Cinemax’s online platform, Max Go.

Some of his favorite films are Back to the Future and Jurassic Park... Don't judge!

Fredrica Bailey is a 2016 MFA graduate of NYU Tisch School of the Arts. She hails from Washington, DC and has always had a great love for writing. Trained as a dramatic writer, she enjoys all three mediums: screenwriting, playwriting and writing for TV. In 2016 she was awarded the Charles Purpura Award for Special Recognition in Screenwriting and won the 2016 NYU Tisch Graduate Screenplay Showcase. In addition, See You Yesterday, co-written by Fredrica, premiered on Netflix in 2019. It will be her first feature film writing credit and is based on the short film of the same name. The short is now streaming on HBO's online platforms, HBO Now and HBO Go. Both the feature and short are executive produced by Spike Lee.