The USC School of Cinematic Arts, Casden Institute for the Study of the Jewish Role in American Life, Hebrew Union College, USC-Israeli Arts Initiative, and HBO, invite you and a guest to attend a special screening and discussion of

Our Boys - Episode 7: Judging by its End 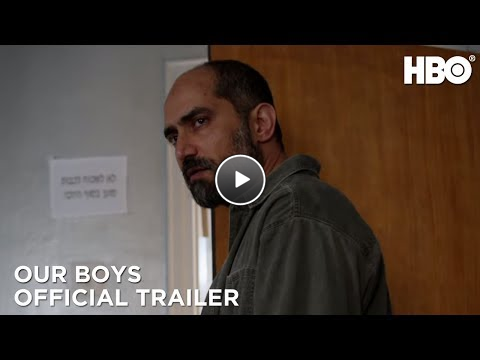 In the summer of 2014, three Jewish teenagers are kidnapped and murdered by Hamas militants. Israel is shocked, shaken and furious. Two days later, the burned body of a Palestinian teenager from eastern Jerusalem is found in a forest on the western outskirts of the city. In the ensuing days, an agent from the internal terror division of the Shin Bet investigates the murder, while the parents of the slain teenager begin their long and anguished journey toward justice and consolation.

Filmed in Israel, Our Boys is based on the true events which led to the outbreak of war in Gaza. The series follows the investigation of Mohammed Abu Khdeir’s murder, and tells the story of all those involved, Jews and Arabs alike, whose lives were forever changed by these events.

Episode 7: Judging by its End

Avishai takes Simon through the sequence of events that led to Mohammed's kidnapping and murder, revisiting key locations and recreating the crimes for police cameras. Desperate for atonement, a guilty Avishai slowly pieces together what happened, as Simon begins to realize the extent of his involvement in that fateful night. Hagai Levi was born in Sha'alvim, a small religious Kibbutz in Israel, and live in Tel Aviv, Israel.

Recently, Levi co-created, co-directed and co-produced the HBO series OUR BOYS, that aired in to US and other countries from August 2019. Levi is a Golden Globe winner for co-creating and co-producing the series THE AFFAIR (Showtime, 2014), which aired 5 seasons and received some more Emmy and Golden Globe awards. In 2013, Levi created and directed the highly acclaimed Israeli mini-series, "THE ACCURSED" (HOT, Israel cable company).

In 2005, Levi created, co-produced and co-directed the Israeli TV series "BE'TIPUL", later adapted to the HBO's series "IN TREATMENT" (2007-2010, 106 episodes), which won several Emmy and Golden Globe awards; Levi served also as an executive producer of "In Treatment" and directed several episodes fin it. "Be'Tipul" had been adapted and re-made in another 18 countries, including Italy, France, Russia, Canada, The Netherlands, Argentina, Brazil, Japan, China and more.

As his first television work, Levi created, co-produced and co-directed the anthology series "SHORT STORIES ABOUT LOVE" (1996, Keshet Broadcasting), which won twice the Israeli Academy Awards for best drama. Levi also directed and co-created the medical drama mini-series "101 (2000)''; co-created and co-produced the daily drama "Love Around The Corner" (2002, 270 episodes), and directed and co-wrote the TV single drama "Premiere" (2002); among others.

In 1993, as his first work after graduating the Tel Aviv University's film and TV department, Levi wrote, directed and co-produced the feature film "AUGUST SNOW" (1993). Levi also produced several documentaries, among them "It Kinda Scares Me" (2001, won the Melbourne, Turin and Haifa international Film Festivals), and served as a story/script editor for numerous Israeli drama series.

Levi was a film critic for 10 years, as well as lecturer in the leading film schools in Israel, and was the head of drama department in the leading Israeli TV channel "Keshet Broadcasting" (2003-2006).

Slava Greenberg was awarded a postdoctoral fellowship by the USC Casden Institute researching the role of Jewish filmmakers in promoting gender diversity and nonconformity in U.S. film and television (Jan. 2020). He earned a Ph.D. from The Steve Tisch School of Film and Television at Tel Aviv University. Slava is a scholar exploring the potential of mainstream and emerging media forms to offer embodied experiences, in reference to LGBTQIA+ studies, gender, and disability studies. His analysis of animation, spectatorship, and disability challenges film theories’ vision-centric articulation of the ‘viewer,’ and dichotomist perceptions of cinematic sound as either ‘deaf’ or ‘hearing.’ He serves as the co-editor of Fireflies: Journal of Film and Television, and his articles have appeared in Animation: an Interdisciplinary Journal, Review of Disability Studies, Frames Cinema Journal, and forthcoming in TSQ: Transgender Studies Quarterly and Jewish Film and New Media. He also contributed a chapter to Documentary and Disability (Palgrave Macmillan, 2017). Slava has presented on issues within gender, disability studies and trans* studies at different academic conferences around the world (e.g. Society for Cinema and Media Studies, American Comparative Literature Association, Visible Evidence).

Dr. Weisman, was born and educated in Israel, where she received her B.A. in Theatre Studies. While studying for her Ph.D. at the University of Southern California, she began working at the Frances-Henry Library in Los Angeles. Upon receiving her doctorate, Dr. Weisman began teaching at HUC-JIR and at The Louchheim School of Judaic Studies. She was appointed as the Frances-Henry Library Director in 2000.