Outside the Box [Office], Delta Kappa Alpha (DKA), and Universal Pictures, invite you and a guest to attend a special screening of 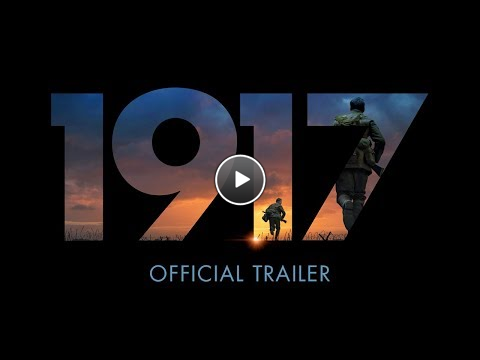 Sam Mendes, the Oscar®-winning director of Skyfall, Spectre and American Beauty, brings his singular vision to his World War I epic, 1917.

At the height of the First World War, two young British soldiers, Schofield (Captain Fantastic’s George MacKay) and Blake (Game of Thrones’ Dean-Charles Chapman) are given a seemingly impossible mission. In a race against time, they must cross enemy territory and deliver a message that will stop a deadly attack on hundreds of soldiers—Blake’s own brother among them. Delta Kappa Alpha is the official professional cinematic arts fraternity at the University of Southern California. DKA engages the community through philanthropic, social, and professional events. The goal of this gender-inclusive fraternity is to establish meaningful relationships between students highly committed to the cinematic arts.

This screening is free of charge and open to the public. Please bring a valid USC or State ID or print out of your reservation confirmation, which will automatically be sent to your e-mail account upon successfully making an RSVP through this website. Doors will open at 6:30 P.M.