WHAT SHE SAID: THE ART OF PAULINE KAEL

What She Said: The Art of Pauline Kael About What She Said: The Art of Pauline Kael 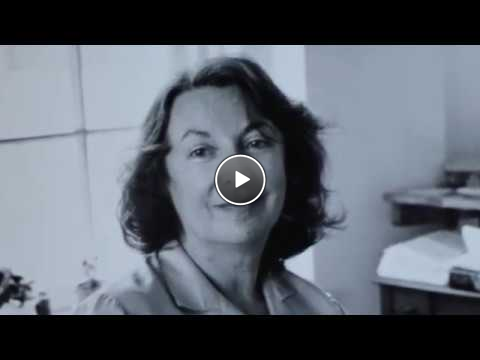 Pauline Kael, the New Yorker film critic for 25 years until the early 1990s, was a lightning rod of American culture. She waged a battle to be recognized and her opinions made her readers hate or love her. Her distinctive voice pioneered the art form, and was largely a result of stubborn determination, huge confidence, and a deep love of the arts. The movie also shows 20th-century movies through Pauline's eye, and shows Pauline's own life through moments of other movies. The filmmakers had complete access to the subject -- through Gina James, Pauline's only child and the executor of her estate; friends and colleagues; and Pauline's personal archives. With over 30 new interviews, including David O. Russell, Quentin Tarantino, Camille Paglia, Molly Haskell, Alec Baldwin Greil Marcus, Paul Schrader, John Guare and Joe Morgenstern. Sarah Jessica Parker voices Pauline through her writing and letters.

Rob is a New York-based filmmaker who has written, produced, and directed several short films that have been screened in local New York cinemas, and aired on cable television. Films include: COMIC BELIEF, a documentary profile of cartoonist Dan Piraro; THE MAN IN THE YELLOW CAP; and TWO ROADS FROM BELFAST, MAINE, a short narrative that has aired on the Classic Arts Showcase cable network. He graduated from Northwestern University.