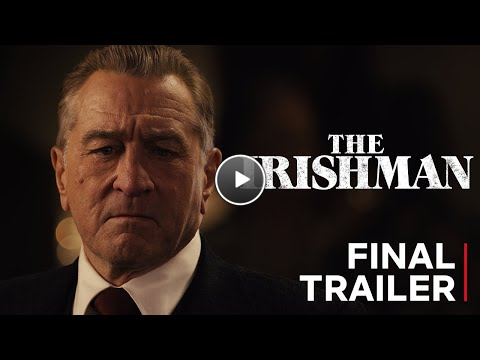 Robert De Niro, Al Pacino and Joe Pesci star in Martin Scorsese’s The Irishman, an epic saga of organized crime in post-war America told through the eyes of World War II veteran Frank Sheeran, a hustler and hitman who worked alongside some of the most notorious figures of the 20th century. Spanning decades, the film chronicles one of the greatest unsolved mysteries in American history, the disappearance of legendary union boss Jimmy Hoffa, and offers a monumental journey through the hidden corridors of organized crime: its inner workings, rivalries and connections to mainstream politics.

Pablo led the team at ILM, the legendary studio founded by George Lucas, to develop a brand new method of digitally de-aging actors for Martin Scorsese’s THE IRISHMAN. ILM revolutionized the technology-heavy process to remove the facial markers, head-mounted cameras and off-set shooting that actors have had to endure to later be de-aged with digital effects. The technique allowed the iconic director and legendary actors to make the film they envisioned, they way they needed to, and play their characters across six decades.

Pablo has been creating digital magic at ILM for 24 years. He was Oscar-nominated for his work on STAR WARS: ATTACK OF THE CLONES and WAR OF THE WORLDS, and worked with Mr. Scorsese on SILENCE and ROLLING THUNDER REVIEW. He holds degrees  in Music Composition and Educational Technology, and began his moviemaking career as an editor before discovering digital compositing and finding his groove in visual effects.

THE IRISHMAN marks the fourth collaboration between Emmy Award-winning Production Designer Bob Shaw and Director Martin Scorsese – following BOARDWALK EMPIRE, VINYL and WOLF OF WALL STREET. Bob is also known for his work on TOO BIG TO FAIL, MAD MEN, NURSE JACKIE, PAN AM, THE SOPRANOS and the upcoming Sopranos prequel THE MANY SAINTS OF NETWORK. He studied art at Pratt Institute in Brooklyn and was initially a theatrical set designer. His extensive work with New York’s Public Theater resulted in designing the Broadway revival of The Pirates of Penance, the original Broadway production of , and numerous productions for Shakespeare in the Park. For THE IRISHMAN, Shaw and his team designed a staggering 295 stage sets and a mix of 160 location transformations and studio work to span six decades.

Sandy Powell holds two Oscar records; she has the distinction of 14 Best Costume Design nominations - more than any living designer, and she is also the only designer living to have achieved a double nomination three times — in 2019 with THE FAVOURITE and MARY POPPINS RETURNS, In 2015 for her work on CAROL and CINDERELLA, and again in 1998 with VELVET GOLDMINE and SHAKESPEARE IN LOVE for which she took home the Academy Award.

THE IRISHMAN marks Powell’s seventh collaboration with director Martin Scorsese. Her alliance with the iconic filmmaker began with GANGS OF NEW YORK and continued with THE AVIATOR, for which she won an Academy Award, THE DEPARTED, SHUTTER ISLAND, HUGO and THE WOLF OF WALL STREET.

Powell took on the massive job of THE IRISHMAN, a story spanning five decades, on the heels of having just finished designing THE FAVOURITE and MARY POPPINS RETURNS at the same time. The scale of the movie was enormous -- there were upwards of 200 characters, 6,000 background actors and more than 100 costume changes for star Robert De Niro alone. She brought Christopher Peterson on as Co-Designer to complete the huge task.

THE IRISHMAN marks Christopher Peterson’s third time working on a Martin Scorsese film with Sandy Powell and the first time sharing the Costume Designer credit with her. The two worked together previously on THE DEPARTED and WOLF OF WALL STREET, as well as Todd Haynes' CAROL.

Christopher's film credits include DARK WATERS, MAGIC MIKE, THE GIRLFRIEND EXPERIENCE, MAID IN MANHATTAN, ALL THE KING'S MEN, BODY OF LIES, and many other films. His TV credits include SUITS, ANGELS IN AMERICA, BOARDWALK EMPIRE, for which he received an Emmy nomination, and more, and the Broadway production of SEA WALL/A LIFE.

This screening is free of charge and open to the public. Please bring a valid USC or State ID or print out of your reservation confirmation, which will automatically be sent to your e-mail account upon successfully making an RSVP through this website. Doors will open at 5:30 P.M.