Based on the Controversial Best-Seller by James Frey

In Theaters and On Demand
Friday, December 6th, 2019

About A Million Little Pieces 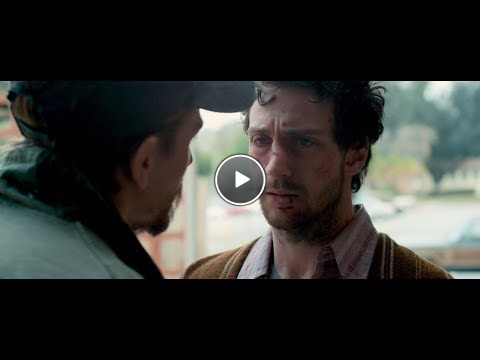 An alcoholic and a drug addict, 23 year-old James has two options: treatment or death. After waking upon a plane with a smashed up face and no memory of the past few weeks, he heads to rehab where he discovers much more than detox and therapy. As James endures the white-knuckle journey of mending his broken body, he heals his broken soul by connecting with other kindred spirits who also yearn and fight for a better life. A Million Little Pieces is the latest film from acclaimed director Sam Taylor-Johnson and stars Aaron Taylor-Johnson in a tour de force performance. Based on the best-selling book by James Frey with a screenplay by Aaron Taylor-Johnson and Sam Taylor-Johnson, the film also stars Billy Bob Thornton, Juliette Lewis, Giovanni Ribisi, Charlie Hunnam, and Odessa Young.

Sam Taylor-Johnson began working in photography and film in the 1990s, alongside fellow Young British Artists, Damien Hirst and Tracey Emin. She exhibited at Venice Biennale 1997, winning Illy Café Prize for Most Promising Young Artist, and receiving a Turner Prize nomination in 1998.

In November 2018, Taylor-Johnson starred in David McKenzie’s OUTLAW KING as the storied figure James Douglas, alongside Chris Pine who portrays Robert the Bruce, in the War for Scottish Independence. The film premiered at the 2018 Toronto International Film Festival and 2018 London Film Festival.

In May 2017, Taylor-Johnson starred in the lead role in Doug Liman’s thriller THE WALL, which follows a cat-and-mouse game waged between an American sniper (Taylor-Johnson) and an Iraqi sharpshooter who has him pinned down behind a small chunk of concrete.

In May 2015, Taylor-Johnson joined the returning cast of Robert Downey Jr., Chris Evans, Scarlett Johansson, Chris Hemsworth, Samuel L. Jackson and Mark Ruffalo in the second installment of the Avengers franchise, AVENGERS: AGE OF ULTRON. Taylor-Johnson and co-star Elizabeth Olsen played brother-sister duo Quicksilver and Scarlet Witch and the sequel earned over $1 billion in worldwide box office sales. In May 2014, Taylor-Johnson starred in the Warner Brothers action remake of GODZILLA alongside Bryan Cranston and Elizabeth Olsen. Directed by Gareth Edwards, the film grossed over $200 million domestically.

In November 2012, Taylor-Johnson portrayed Count Vronsky in the adaptation of ANNA KARENINA, directed by Joe Wright for Focus Features. The film is an innovative retelling of the classic novel and premiered at the 2012 Toronto International Film Festival. Earlier that year, Taylor-Johnson starred as one of three leads in Oliver Stone’s SAVAGES opposite Taylor Kitsch and Blake Lively with a stellar supporting cast including Salma Hayek, John Travolta, and Benicio Del Toro. The film, distributed by Universal Pictures, follows pot growers Ben and Chon who face off against the Mexican drug cartel that kidnapped their shared girlfriend.

In April 2010, Taylor-Johnson played the lead role of Dave Lizewski in the cult, hit film KICK-ASS, opposite Nicolas Cage, Chloe Grace Moretz and Christopher Mintz-Plasse. Matthew Vaughn’s adaptation of the Mark Millar comic won Best British Film at the Empire Awards. In August 2013, Taylor-Johnson reprised his role in the highly anticipated sequel KICK-ASS 2. Both installments were released by Universal Pictures.

In 2009, Taylor-Johnson was seen in Sam Taylor-Johnson’s NOWHERE BOY, in which he portrayed John Lennon during his turbulent teenage years. His riveting performance earned him several award nominations, including a London Critics’ Circle Film Award for Young British Performer of the Year, a British Independent Film Award for Best Actor and an Empire Award for Best Newcomer, which he won. Screen International named him as one of their Stars of Tomorrow in their 2010 portfolio.

In 2017, Taylor-Johnson joined the House of Givenchy, representing the brand’s Gentleman fragrance. The fragrance print and commercial campaign, directed by artist Sam Taylor-Johnson, is emblematic of Givenchy’s classic elegance.