Followed by a Q&A with Sameh Zoabi

About Tel Aviv on Fire 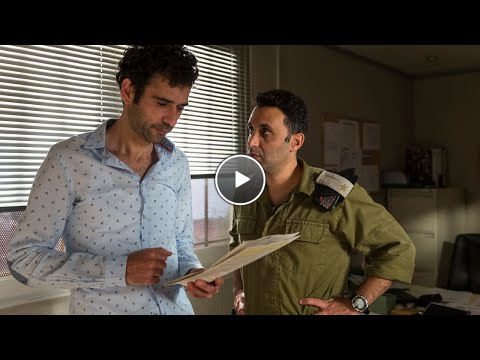 Salam, an inexperienced Palestinian production assistant, becomes a writer on a popular soap opera after a chance meeting with an Israeli soldier. His creative career is on the rise – until the soldier and the show's financial backers disagree about how the show should end, and Salam is caught in the middle. With Salam’s fate in the hands of an unlikely ally, Tel Aviv On Fire offers a uniquely comic perspective on the day-to-day realities of the Israeli-Palestinian conflict.

Sameh Zoabi was born and raised in Iksal, a Palestinian village near Nazareth. He graduated from Tel Aviv University in Film Studies and English Literature, then received a Fulbright Fellowship to pursue an M.F.A. in Film Direction from the School of the Arts at Columbia University. He’s also the recipient of prestigious residencies at the Cannes Festival Cinefondation as well as the Sundance Screenwriters Lab.

Zoabi’s unique voice was recognized by Filmmaker Magazine and he was named one of the "Top 25 New Faces of Independent Cinema." His work has been shown and has won awards at many international film festivals, including Cannes, Toronto, Locarno, Sundance, Karlovy Vary, New Directors/New Films and the New York Film Festival.