Followed by a Q&A with Alvaro Delgado-Aparicio 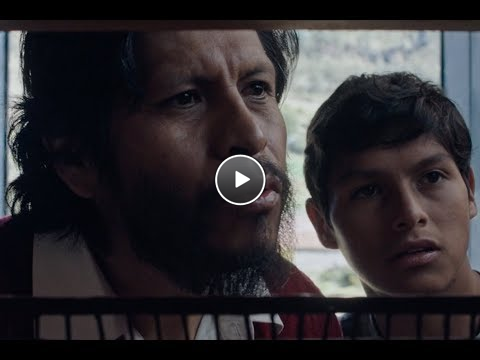 High in the remote mountainside of Peru, 14-year-old Segundo is being groomed to follow his father’s footsteps in the traditional folk art of retablo-making — crafting intricate, artisan story-boxes depicting religious scenes and important everyday events. Segundo reveres his father, however the young boy is becoming restless realizing that the weight of carrying the family legacy on his shoulders will keep him on the mountain forever. When he stumbles across a heartbreaking secret his father is harboring, Segundo will come to face the raw reality of his deeply religious and conservative landscape, as well as a more profound connection with his father than he’d ever imagined.

Set against the stunning backdrop of the Peruvian Andes, this coming-of-age story masterfully explores the weight of heritage, the boundaries of love, and the burdens of family expectations – as well as the complexity of accepting our parents for who they really are.

Alvaro's debut feature film, Retablo, was developed through the Sundance Feature Film Program Lab. Retablo won the CINEREACH Project Film Grant, the Peruvian National Feature Film Project Award by the Ministry of Culture. The project was also a selected project at the New Cinema Network at the Rome Film Festival, and won the Sorfond award at the Norwegian South Film Fund. Retablo world premiered at the 2017 Lima International Film Festival where it won Best Peruvian Film.

His second short film as a writer and director, El Acompanante ("The Companion") won the Peruvian National Short film award. The film world premiered at Palm Springs ShortFest and screened next at the 2013 Sundance Film Festival and Rotterdam International Film Festival. It was then officially selected in more than 80 film festivals around the world including Los Angeles, Outfest, San Francisco, Indie Lisboa, La Habana, Miami, Dokufest, among others. His first short film, ¿Me Puedes Ver? ("Can You See Me?"), world premiered at the Los Angeles Film Festival, and won the Audience and Jury award at the Latin American Film Festival.

Alvaro studied Psychology as a degree and as a Master at the London School of Economics and Political Science. He also holds a Master in Science in Innovation Design at the Massachusetts Institute of Technology (MIT). He studied film directing at the London Film Academy.

As an Organizational Social Psychologist, he has designed and directed various community programs throughout the country for creating social transformation within the Peruvian mining sector.