Followed by a Q&A with Mounia Meddour 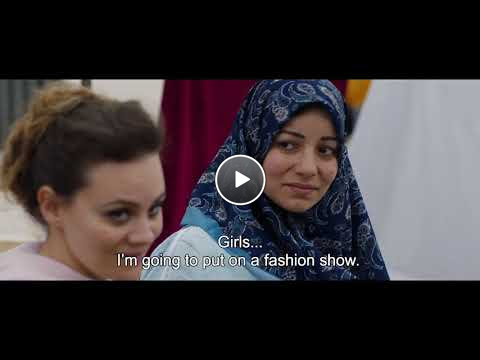 Against the backdrop of the 1990’s Algerian Civil War, 18-year-old student Nedjma refuses to let rising political tension prevent her from pursuing her dream of fashion design. As Islamic radicalization increases around her, Nedjma rejects oppressive policies like forced hijab wearing by staging an illicit fashion show to defend freedom of expression and femininity for Algerian women.

As the debut feature by Mounia Meddour, Papicha tells the gripping tale of one young woman’s resistance during the Algerian Civil War of the 1990’s. Inspired by the director’s own experience growing up in the capital of Algiers, the film premiered as an official selection at Cannes and has racked up nine other prizes for its authentic exploration of female friendships, and the resilience that takes hold in the wake of political turmoil. Papicha’s rebellious lead is played by Lyna Khoudri, a Venice Film Festival award-winning actress set to star in Wes Anderson’s 2020 feature.

Mounia Meddour was born and raised in Algeria. At the age of 18, she moved to France with her family as a result of death threats they received during the Algerian Civil War. She studied journalism before joining the summer directing program at La Fe?mis in Paris. Her first short film, Edwige (2011) won the Cine?+ Award at the Saint-Jean-de-Luz Festival, the UniFrance Short Film Award and was featured in several festivals including Dubai International Film Festival. Papicha is her first feature-film.

This screening is free of charge and open to the public. Please bring a valid USC ID or print out of your reservation confirmation, which will automatically be sent to your e-mail account upon successfully making an RSVP through this website. Doors will open at 12:30 P.M.