Heartland Film, Outside the Box [Office], PBS Distribution, Channel 4, and FRONTLINE,
invite you and a guest to attend a special screening of Just named the $15,000 Grand Prize for Best Documentary Feature and Richard D. Propes Social Impact Award Winner at the 28th Heartland International Film Festival, FOR SAMA is both an intimate and epic journey into the female experience of war. Directors Waad al-Kateab and Edward Watts will join the audience for a video chat Q&A to follow the screening of this powerful, award-winning documentary with major award season buzz (IDA nominations, DOC NYC Short List). 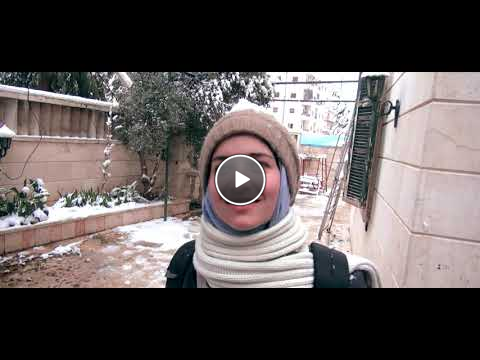 For Sama is both an intimate and epic journey into the female experience of war. A love letter from a young mother to her daughter, the film tells the story of Waad al-Kateab’s life through five years of the uprising in Aleppo, Syria as she falls in love, gets married and gives birth to Sama, all while cataclysmic conflict rises around her. Her camera captures incredible stories of loss, laughter and survival as Waad wrestles with an impossible choice – whether or not to flee the city to protect her daughter’s life, when leaving means abandoning the struggle for freedom for which she has already sacrificed so much.

The film is the first feature documentary by Emmy award-winning filmmakers, Waad al-Kateab and Edward Watts.

Provided courtesy of PBS Distribution, Channel 4, and FRONTLINE. Not rated. Running time: 100 minutes. In Arabic and English, with English subtitles.

Heartland Film is best known for its Academy Award®-qualifying Indy Shorts International Film Festival and Heartland International Film Festival events in Indianapolis. Since 1992, Heartland Film has awarded $3.5 million in cash prizes to independent filmmakers, the largest ongoing amount of any North American festival. Heartland Film is currently on a 5-year short film Academy Award® winning streak; since 2011, 7 short films programmed at Heartland have gone on to win Academy Awards® with a total of 19 nominations. The organization has signed onto the 5050x2020 Parity Pledge guaranteeing at least 50% of its festival lineups will be directed by female filmmakers by 2020. Artistic Director Greg Sorvig is also short film screener for the Tribeca Film Festival and recently served as a 2019 Art Works II grant panelist for the National Endowment for the Arts. Senior Programmer Julia Ricci is an Emmy® Award-nominated researcher who has worked with Turner Classic Movies and The Criterion Collection’s streaming service FilmStruck.