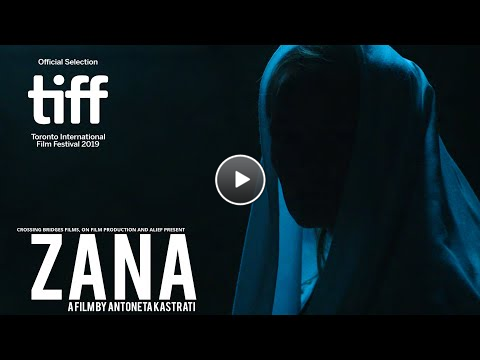 An Albanian woman, Lume, lives with her husband, Ilir, and mother-in-law, Remzije, in their small Kosovar village. Haunted by night terrors, childless and unable to get pregnant, Lume is relentlessly pressured by Remzije to fulfill her wifely duties - if Lume cannot produce a child, her mother-in-law threatens, it will be Remzije's responsibility to bring in a younger and more eager prospective wife for her son to consider.

Bowing under the pressure of being replaced, Lume concedes to abandon modern medicine and seek the help of witch doctors and mystic healers to treat her infertility. Lume's appointments, first to a local witch doctor and then to a famed (and costly) televangelist healer, do seem to yield results as Lume finds herself pregnant at last. But while the family celebrates, Lume's long-suppressed traumas from the war slowly rise to torment her again, convincing Remzije and Ilir that Lume is possessed by evil spirits, and extreme caution must be taken to protect the unborn child. Antoneta Kastrati is a Los Angeles-based filmmaker from Kosovo. After surviving the war in the late 1990s, she began making documentary films of the issues of postwar society with her sister, Sevdije. She has a Masters in Journalism and completed the AFI Directing Workshop for Women. She has since directed a number of award winning documentaries and narrative shorts. Her most recent short She Comes In Spring premiered at Busan Film Festival. Zana is Antoneta's debut feature film.

Prior to Hollywood, Casey lived for 10 years in post-war Kosovo, producing documentaries and television, including internationally syndicated current affairs show, Life in Kosovo. At the American Film Institute, he wrote and directed short film Unmanned, it screened at AFI Fest and Tribeca Film Festival. He has participated in Film Independent and the Rotterdam Labs. Creator/EP of the Oculus VR series, Campfire Creepers, was Director/EP of Urban Nightmares series on the blackpills channel. Currently completing a documentary for Brave New Films on voter suppression in US elections.