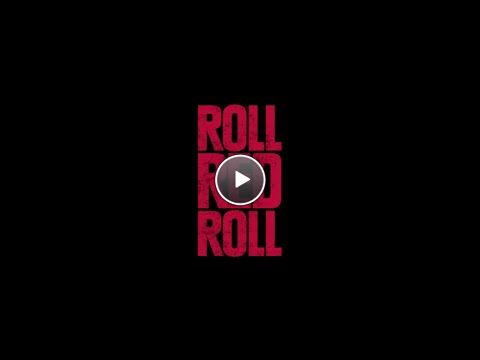 Roll Red Roll is a true-crime thriller that goes behind the headlines to uncover the deep-seated and social media-fueled “boys will be boys” culture at the root of high school sexual assault in America.

At a pre-season party in small-town Steubenville, Ohio, a heinous crime took place: the assault of a teenage girl by members of the beloved high school football team. What transpired would garner national attention and result in the sentencing of two key offenders.But it was the disturbing social media evidence uncovered by crime blogger Alexandria Goddard that provoked the most powerful questions about the collusion of teen bystanders,teachers, parents and coaches to protect the assailants and discredit the victim. As it painstakingly reconstructs the night of the crime and its aftermath, Roll Red Roll uncovers the ingrained rape culture at the heart of the incident, acting as a cautionary tale about what can happen when teenage social media bullying runs rampant and adults look the other way. The film unflinchingly asks: “Why didn’t anyone stop it?” Nancy Schwartzman is a documentary film director, producer, and media strategist who uses storytelling and technology to create safer communities for women and girls. Roll Red Roll is her feature film debut, and goes beyond the headlines of the notorious Steubenville, Ohio high school sexual assault case to uncover the social-media fueled “boys will be boys” culture that let it happen. Roll Red Roll premiered in 2018 at the Tribeca Film Festival and Hot Docs, and has screened at over 40 film festivals worldwide and garnered 7 best documentary awards. The film opened theatrically at the Film Forum in New York City and the Laemmle Monica Film Center in Los Angeles to uniformly positive reviews with 100% on Rotten Tomatoes. It was a Critic’s Pick in The New York Times and reviewed in The New Yorker, Variety, The Hollywood Reporter, the Chicago Tribune, the Guardian, and the Los Angeles Times amongst others. Nancy appeared on CNN’s Amanpour, BBC Women’s Hour and People TV. The film opened the 32nd season of the acclaimed PBS documentary series POV, broadcast on BBC Storyville in the U.K., and is now streaming in 190 countries on Netflix.

Roll Red Roll's impact campaign focuses on engaging men and boys to become leaders in the solution to end violence against women. The campaign works with communities, schools, teams and parents on the fight to end rape culture. The impact campaign is supported by the Fledgling Fund, Bertha Foundation, Perspective and the Ford Foundation.

Nancy released a companion short film Anonymous Comes To Town, co-produced with the Tribeca Film Institute and Gucci’s Chime for Change, which garnered over a million views on the Guardian. Her first film, The Line (2010), a short documentary examining consent was used by the White House for a campaign around sexuality, and her follow-up film xoxosms (2013), was on PBS/POV and BBC exploring love between two teenagers, bridged by technology.

A globally recognized human rights activist, Nancy is a tech founder and created the Obama/Biden’s White House award-winning mobile app Circle of 6 designed to reduce sexual violence among America’s youth and college students. Over 350,000 people in 36 countries use Circle of 6 and it is currently being adapted for journalists working in Mexico in partnership with Article 19 and the Guardian Project. She has presented her work at the White House, the United Nations, TEDxSheffield, CNN, Forbes, Good Pitch, DOCNYC and at over 60 colleges and universities. She is a graduate of Columbia University.