KNOCK DOWN THE HOUSE

Knock Down the House Followed by a Q&A with Rachel Lears

Winner of the Audience Award: U.S. Documentary and the Festival Favorite Award at the 2019 Sundance Film Festival.

About Knock Down the House 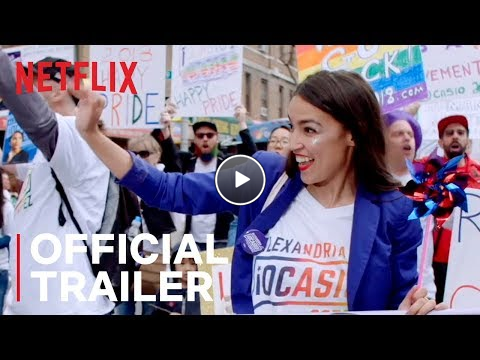 Four exceptional women mount grassroots campaigns against powerful incumbents in Knock Down the House, a galvanic and inspiring look at the 2018 midterm elections that tipped the balance of power. When tragedy struck her family in the middle of the financial crisis, Bronx-born Alexandria Ocasio-Cortez had to work double shifts as a bartender to save her home from foreclosure. After losing a loved one to a preventable medical condition, Amy Vilela didn't know what to do with the anger she felt about America's broken health care system. Cori Bush, a registered nurse and pastor, was drawn to the streets when the police shooting of an unarmed black man brought protests and tanks into her neighborhood. A coal miner’s daughter, Paula Jean Swearengin was fed up with watching her friends and family suffer from the environmental effects of the coal industry.

Winner of the Audience Award: U.S. Documentary and the Festival Favorite Award at the 2019 Sundance Film Festival, Knock Down the House joins these extraordinary women on the campaign trail as they mobilize their bases, engage voters, and build a movement during a time of historic volatility in American politics. I’ve been making films about politics since the days of Occupy Wall Street. After having a baby in 2016, I thought I might take a break from political filmmaking—but the day after the election, I knew I had no choice. I wanted to tell a big story in this new political reality about people working across cultural and geographical divides to change American politics in big ways. That same day I contacted the progressive organizations Brand New Congress and Justice Democrats to propose a documentary project about their plan to forge a new path to Congress for “extraordinary ordinary” working people. That project has become Knock Down the House.

While I did not set out to make a film focusing on women running for Congress, during the casting process it became clear to me that the stories of Alexandria, Paula Jean, Cori, and Amy would resonate not only with the larger zeitgeist of women’s empowerment, but also with deeply personal aspects of my own experience. As a woman, I identify strongly with these candidates’ struggles to overcome self-doubt and the underestimation of others, and to turn adversity, pain, and loss into a new vision of leadership. As a mother of a young child, I have to believe that a better world is possible—and I’m deeply moved and inspired by the fierce drive of these four women to protect their children and their communities. And as a working mother who has struggled to make ends meet, the issues our characters address such as access to affordable healthcare, child care, and housing have affected me directly in ways that have shaped my adult life.

For over a decade I’ve investigated the way power and social change work. Too often,communities operate separately in silos and their struggles end up pitted against one another in media narratives. We won’t have systemic change until we overcome this. At this critical and volatile moment, Knock Down the House presents a story of people working tirelessly to unite the struggles of all Americans.

Rachel's most recent feature documentary, Knock Down the House, follows four working-class women challenging political machines across the US, and premiered at Sundance Film Festival 2019 where it won the Audience Award for US Documentary and the Festival Favorite Award. Knock Down the House is distributed by Netflix. Her last feature, The Hand That Feeds (co-directed with Robin Blotnick) was nominated for an Emmy in 2017,broadcast on PBS, and won awards and recognition at Full Frame, DOC NYC, AFI Docs, and other festivals on the 2014-15 circuit. Her video art collaborations with artist Saya Woolfalk have screened at galleries and museums worldwide since 2008. Rachel was a 2013 Sundance Creative Producing Fellow and holds a PhD in Cultural Anthropology and a graduate certificate in Culture and Media from NYU, and a BA in Music from Yale. She’s also the mother of a three-year-old son.