The 2020 Alfred P. Sloan Foundation Annual Sloan Science Seminar and Twentieth Century Fox invite you and a guest to attend a special screening of FREE ADMISSION. OPEN TO THE PUBLIC. NO RSVP REQUIRED. 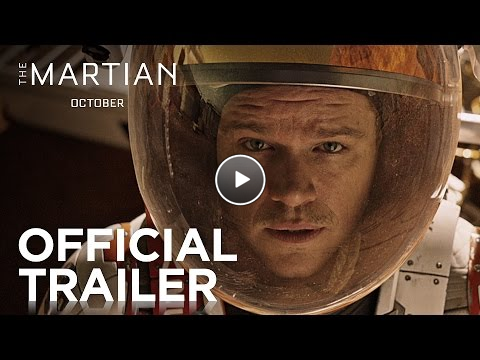 During a manned mission to Mars, Astronaut Mark Watney is presumed dead after a fierce storm and left behind by his crew. But Watney has survived and finds himself stranded and alone on the hostile planet. With only meager supplies, he must draw upon his ingenuity, wit and spirit to subsist and find a way to signal to Earth that he is alive. Millions of miles away, NASA and a team of international scientists work tirelessly to bring "the Martian" home, while his crewmates concurrently plot a daring, if not impossible, rescue mission. As these stories of incredible bravery unfold, the world comes together to root for Watney's safe return.

About the Alfred P. Sloan Foundation

The goal of the Alfred P. Sloan Foundation film school program is to influence the next generation of filmmakers to create more realistic and dramatic stories about science and technology and to challenge existing stereotypes about scientists and engineers through the visual media.

The goal is not to propagandize on behalf of science or to create exclusively positive images of scientists and engineers. Rather, the Sloan program aims to help aspiring and professional screenwriters and filmmakers integrate science and technology themes and characters into their work.

This screening is free of charge and open to the public. Doors will open at 12:30 P.M.