Followed by a Q&A with Tripp Vinson

About Ready or Not 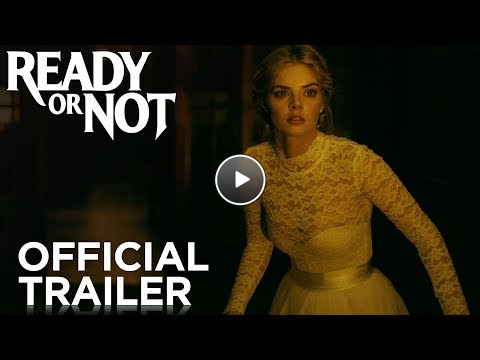 Ready or Not follows a young bride (Samara Weaving) as she joins her new husband's (Mark O'Brien) rich, eccentric family (Adam Brody, Henry Czerny, Andie MacDowell) in a time-honored tradition that turns into a lethal game with everyone fighting for their survival. Tripp Vinson is a film and television producer with over 15 years’ experience in both studio and independent features. In 2011 he launched his own production company, Vinson Films, following several years as a partner at Contrafilm, which was based at New Line Cinema. His credits as producer include such box office hits as Scott Derrickson’s breakout feature THE EXORCISM OF EMILY ROSE, starring Laura Linney and Jennifer Carpenter in her breakthrough role; Mikael Håfström’s THE RITE, starring Anthony Hopkins; Andrew Davis’ THE GUARDIAN, starring Kevin Costner and Ashton Kutcher; and Brad Peyton’s JOURNEY 2: THE MYSTERIOUS ISLAND, starring Dwayne Johnson. He had previously executive-produced the latter film’s predecessor, JOURNEY TO THE CENTER OF THE EARTH, directed by Eric Brevig; and later reteamed with Mr. Peyton and Mr. Johnson on an even bigger blockbuster, SAN ANDREAS, which grossed $470 million worldwide.

Among his early successes at Contrafilm was CHOKE, released by Fox Searchlight Pictures following its world premiere at the Sundance Film Festival, where its cast was awarded a Special Jury Prize; the movie based on the Chuck Palahniuk novel was directed by Clark Gregg and starred then-up-and-coming actors Sam Rockwell and Gillian Jacobs. Mr. Vinson’s recent projects as producer have included Nicholas McCarthy’s thriller THE PRODIGY, starring Taylor Schilling; and the comedy MURDER MYSTERY. The latter was another of his collaborations with Ready or Not producer James Vanderbilt, who also wrote the original screenplay directed by Kyle Newacheck and starring Adam Sandler and Jennifer Aniston; it recently scored Netflix’s highest opening-weekend views for a movie. Vinson Films has multiple movies in development with Walt Disney Pictures; and is developing projects with Warner Bros., New Line Cinema, Amblin Pictures, and CBS, among other studios.