The USC School of Cinematic Arts, 20th Century Fox,
and USC Visions and Voices: The Arts & Humanities Initiative,
invite you and a guest to attend a special retrospective screening of Screening from a 35mm print!!! 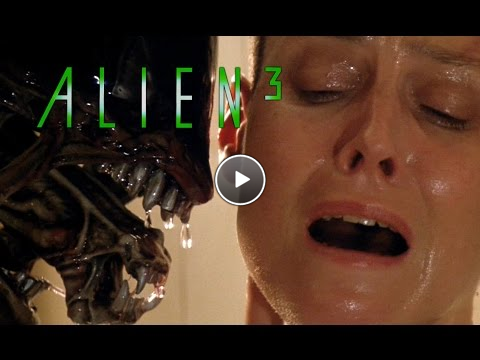 After escaping from the alien planet, the ship carrying Ellen Ripley crashes onto a remote and inhabited ore refinery. While living in the ore refinery until she is rescued by her employers, Ripley discovers the horrifying reason for her crash: An alien stowaway. As the alien matures and begins to kill off the inhabitants, Ripley is unaware that her true enemy is more than just the killer alien. Alec Gillis grew up watching genre movies. Watching is a bit of an understatement. He devoured them. Early memories of movies such as Zulu! and Planet Of The Apes inspired Alec to make his own backyard epics. A childhood spent creating monsters in his mother’s garage led him to a job with Roger Corman at age 19. There he met film newcomer James Cameron, with whom he worked on several low budget sci?fi films under the Corman shingle.

In 1985, after taking time off to go to UCLA film school, Alec was brought on to Aliens by Cameron. On that film he became a Creature Effects Supervisor for Stan Winston. After racking up credits on top ‘80’s creature films like Predator, Alec left Stan Winston’s and co?founded Amalgamated Dynamics, Inc. with another Winston alum, Tom Woodruff, jr.

After A.D.I.’s first feature Tremors, business boomed and the duo won accolades for their work, including Academy Award nominations for Alien 3 and Starship Troopers. Death Becomes Her that earned them an Oscar for Best Visual Effects, and they have gone on to contribute to many of the most recognized genre films of the last 3 decades. The pair’s work has garnered multiple other awards such as the British Academy Award, multiple Saturn awards, and even a Golden Doozie Award.A.D.I. is nearing its 30th anniversary and still going strong. Gillis and Woodruff’s recent work can be seen in the upcoming Bright, Shane Black’s The Predator and IT.

In addition to being at the top of the craft of Special Makeup and Animatronic Character Effects, Alec directed Harbinger Down in 2015. The film was boasted all Practical Creature FX and was an homage to the films of the ‘80’s that Alec worked on in his early career. Alec is also a 3 times published author.

Richard Edlund, A.S.C. is a cinematographer and visual effects director who was born in Fargo, North Dakota. While serving in the United States Navy, he developed an interest in motion pictures and upon his discharge attended the USC School of Cinematic Arts in the early 1960s. On the strength of a couple of popular Clio awarded commercials, he was picked to work as the first cameraman and founding member of the embryonic Industrial Light & Magic (ILM) on the production of Star Wars for which he received his first Oscar.

He further embellished his reputation by winning three more Oscars for visual effects in The Empire Strikes Back, Raiders of the Lost Ark, and Return of the Jedi, as well as a nomination for Poltergeist. He has received six additional Oscar Nominations, three Academy Scientific and Engineering Awards, two BAFTA Awards and an Emmy.

Following Boss, he continued to build his credit list as a freelance supervisor,re-uniting with Director Harold Ramis for the comedy Bedazzled as Visual Effects Supervisor and its 2nd Unit Director. He supervised the Emmy-winning HBO miniseries Angels in America for Mike Nichols, supervised sequences in The Stepford Wives for Director Frank Oz, and joined again with the great Mike Nichols for his final movie, Charlie Wilson’s War.

Richard has long served as a governor of the Academy of Motion Picture Arts and Sciences, was chairman of its Visual Effects Branch for twelve years from its inception, and has once more returned to chair its Branch Executive Committee. For many years he chaired the Academy’s Scientific and Technical Awards Committee. In 2008, the American Society of Cinematographers (ASC) presented him with its President’s Award in recognition of the contributions he has made to the art and craft of filmmaking. He also actively served on the board of the, and the Visual Effects Society.

Edlund developed and manufactured the Pignose portable guitar amplifier in 1969, during his ‘working hippy’ era as a rock & roll photographer; producing album covers for such artists as The 5th Dimension, Warren Zevon, Seals & Crofts, The Turtles, 3 Dog Night and others.

Born in London, England to West African parents, DeObia Oparei has spent the last two decades quietly amassing an impressive body of work across theatre, television, and film. Oparei began his acting career working for various British theatre companies, such as Theatre De Complicite, The Royal Shakespeare Company, and The Royal National Theatre, as well as appearing in extensive seasons in Australia at the Sydney Theatre Company. He is also a playwright, and his first play, CRAZYBLACKMUTHAF**KIN’SELF, was staged and produced by The Royal Court Theatre in London.

Most recently, Oparei recurred as “Abeo Effiong,” the patriarch of a deeply religious family whose son comes out as gay, in the Netflix dramedy series SEX EDUCATION, starring Asa Butterfield and Gillian Anderson, which was streamed by over 40 million viewers within the first month of its release. Prior to that, he recurred as the stoic Captain of the Dornish guard “Areo Hotah” in seasons 5 and 6 of the HBO’s acclaimed fantasy drama series GAME OF THRONES, which won the Emmy for Outstanding Drama Series both years. Based on George R.R. Martin’s best-selling book series “A Song of Ice and Fire,” GAME OF THRONES follows the web of alliances and conflicts between the various royal dynasties in the fictional kingdom of Westeros.

Next up, DeObia will be seen playing “Rongo” in the live action version of the Walt Disney Classic DUMBO, directed by Tim Burton and starring Colin Farrell, Michael Keaton, and Danny DeVito.

Oparei would get his film debut as a supporting role in ALIEN 3, directed by David Fincher, but it was after playing the lead role of “Paul Poitier” in John Gaure’s SIX DEGREES OF SEPARATION at The Sydney Theatre Company that Oparei scored the strong supporting role of “Le Chocolat,” opposite Nicole Kidman and Ewan McGregor in Baz Luhrmann’s MOULIN ROUGE. The film went on to win two Academy Awards and the Golden Globe for Best Motion Picture (Musical or Comedy).

Throughout his film career, DeObia has played a variety of different characters and has worked with celebrated directors such as Mimi Leder in THICK AS THIEVES, opposite Morgan Freeman, Antonio Banderas, and Tom Hardy; David Gordon Green in YOUR HIGHNESS opposite Danny McBride, James Franco, and Natalie Portman; Rob Marshall in PIRATES OF THE CARIBBEAN: ON STRANGER TIDES opposite Johnny Depp, Penelope Cruz, and Geoffrey Rush; and Roland Emmerich in INDEPENDENCE DAY: RESURGENCE as “Dikembe Umbutu” opposite Liam Hemsworth, Jeff Goldblum, and Bill Pullman.

On the small screen, DeObia had recurring roles as “DC Palmer” in the series TRIAL AND RETRIBUTION and as “Joseph Ojo” in the BBC mini-series ONE CHILD. From these projects, Oparei recurred as “Mr. Oumandi” in the 2015 TNT drama series PROOF, which centered on a doctor and an inventor who investigate supernatural cases of reincarnation, near-death experiences, and hauntings. He has guest-starred on multiple successful television shows, such as the NBC fantasy drama series EMERALD CITY and the Fox comedy series THE ORVILLE, created by and starring Seth MacFarlane. From this success, he landed a recurring role as “Loki Hayes” in the Netflix comedy horror series SANTA CLARITA DIET, starring Drew Barrymore and Timothy Olyphant.

He currently resides in Los Angeles.

Alessandro Ago is the Director of Programming and Special Projects at the USC School of Cinematic Arts, where he programs film screenings, festivals, guest speakers and special events. Ago curates Outside the Box [Office], a prolific, diverse screening series dedicated to showcasing new international, documentary and independent cinema at USC, often followed by conversations with the filmmakers. He also runs the SCA Movies We Love program, in addition to several annual Visions & Voices festivals, including a major retrospective of the seminal ABC television series Twin Peaks in 2013, featuring panel discussions with 50 members of the cast and crew.

Ago has produced tributes celebrating the work of Dino De Laurentiis, Ray Stark, John Wayne, Roger Corman, Costa Gavras, Maurice Jarre, Albert Broccoli and the James Bond franchise, as well as world cinema showcases focusing on Japan, Italy, Bollywood, South America and the Middle East. Ago has taught undergraduate film courses at USC, including Transnational Nightmares and Filmmaking, Italian Style and, more recently, Italian Genre Cinema and Society. He is also one of the curators of the American Film Showcase, an international documentary film diplomacy program funded by the U.S. Department of State.