Followed by a panel discussion featuring: 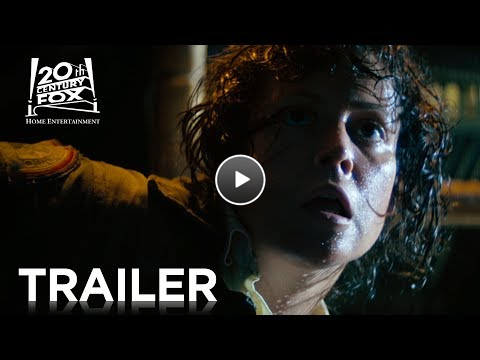 The time is the future. The crew aboard a massive commercial space vehicle is en route to earth with a load of extraterrestrial ore when they are sidetracked by mysterious signals from a nearby planet. The signals seem to be calls for help and when the space ship arrives they find a ruined, moldering spacecraft and within it egg-like living organisms. Born in Pittsburgh, he graduated from Beverly Hills High School. His senior prom date was Eleanor "Mimi" Donahue the star of "Father Knows Best." He was a theater arts major at UCLA before dropping out to join the Army, and then he moved to NYC to work in his father's real estate business. While there he got involved in theater, working with the Shubert Organization. Among the people he worked with were Al Capp, and Michael Kidd.

Because the theater world wasn't strong, Ron decided to go into the film business. His first project was with Ann Margaret, but the project ended when Ann got hurt on the stage in Las Vegas. Ron then went looking for a writing partner and met Dan O'Bannon at USC. Dan had a half finished project that he brought to the partnership that would become Alien, and Ron had optioned the Phillip K. Dick short story: "I Can Remember It For You Wholesale" which would become Total Recall. Ron and Dan wrote both scripts.

After the huge success of Alien, Ron and Dan made the cult classic Dead and Buried. Many filmmakers from New Zealand and Australia consider that to be their favorite. Ron wrote the script for Dino De Laurentiis' King Kong, and two Steven Seagal movies, Above the Law and Hard to Kill (Ron asked to have his name taken off Hard to Kill). Ron and Steve Pressfield wrote the cult classic Freejack, one of the few movies to star Mick Jagger.

Ron sold a number of scripts until Steven Spielberg made Minority Report. Because co-writer Gary Goldman brought in a third writer, both he and Ron lost their writing credit (they're still the film's executive producers). Ron has a number of other film credits including Alien vs. Predator.

Ron's wife Linda is a singer and is one of the stars of Dead and Buried. She produces MUSI-CAL with the Foundation of New American Musicals. She and Ron live in the Venice with their dogs, Benny and Max.

Diane O’Bannon met her future husband Dan at USC while he was in preproduction on Dark Star. Following a years-long, on-and off connection, Diane and Dan married in 1986. The union lasted until his death in 2009. Diane continues to shepherd The O’Bannon Company’s unproduced screenplays and other unpublished writing by Dan into the wider world when the opportunity arrises. She lives in Fallbrook California with their son Adam.

Prior to forming his own company, Mr. Weitzner served as President, Worldwide Marketing for MCA/Universal Studios Recreation Services Group with oversight for its theme parks in Hollywood and Orlando, Universal CityWalk, a location-based entertainment center located in Hollywood and the Universal Studios Cinemas, an 18-theatre motion picture complex in Los Angeles, representing the largest-grossing motion picture theatres in the United States.

Following the purchase of MCA by The Joseph E. Seagram Co., Ltd., Mr. Weitzner was promoted to Corporate Executive Vice President in charge of the newly created Strategic Marketing Group, focusing on the creation and development of marketing opportunities that elevated Universal’s assets into long-term revenue generating brands.

Before joining MCA, Mr. Weitzner served as President, Worldwide Marketing for the Weintraub Entertainment Group, a publicly funded start-up motion picture and television company. Before joining Weintraub Entertainment, Mr. Weitzner  was President of Worldwide Marketing for 20th Century Fox, Universal Pictures, Embassy Pictures and Palomar Pictures. During this period Mr. Weitzner was responsible for the marketing campaigns of the original STAR WARS, E.T. THE EXTRA-TERRESTRIAL and ALIEN. Prior to relocating to Los Angeles, Mr. Weitzner was Vice President and General Manager of the Entertainment and Leisure Division of Grey Advertising, New York, with oversight of the Warner Bros. and ABC Pictures’ entertainment business. Mr. Weitzner has successfully staffed and run marketing departments of over 130 employees with annual budgets in excess of one hundred and fifty million dollars.

Mr. Weitzner is an active teaching professor at the University of Southern California and most recently was endowed as the Mark Burnett Endowed Chair for the Summer Production Program at USC’s School of Cinematic Arts. Mr. Weitzner has also taught at the University of California, Los Angeles as well as the University of California, Santa Barbara. He has also been a lecturer on behalf of the American Film Institute and was selected as the Outstanding Alumnus of 2009 by the College of Communication Arts and Sciences at Michigan State University, where he also delivered the 2009 Commencement Address. He is a member of the Academy of Motion Picture Arts and Sciences and served as President of the Board of Directors of Landmark School West, a school devoted to children with learning differences. Mr. Weitzner has also been engaged as an expert witness in a number of entertainment- related legal actions.

Throughout the years, Mr. Weitzner has received numerous awards of achievement including a Golden Globe Award, presented by the Hollywood Foreign Press Association for his work on Ingmar Bergman’s “Fanny and Alexander.” Mr. Weitzner has also been recognized for his civic contributions to the City of Los Angeles and the State of California.

Mr. Weitzner’s career in entertainment marketing began in 1960, when he accidentally hit the President and Chief Operating Officer of Columbia Pictures in the leg with a golf ball. After apologizing profusely, Mr. Weitzner went on to par the hole and at the same time secured an entry-level position in the Columbia Pictures Executive Training Program.

Alessandro Ago is the Director of Programming and Special Projects at the USC School of Cinematic Arts, where he programs film screenings, festivals, guest speakers and special events. Ago curates Outside the Box [Office], a prolific, diverse screening series dedicated to showcasing new international, documentary and independent cinema at USC, often followed by conversations with the filmmakers. He also runs the SCA Movies We Love program, in addition to several annual Visions & Voices festivals, including a major retrospective of the seminal ABC television series Twin Peaks in 2013, featuring panel discussions with 50 members of the cast and crew.

Ago has produced tributes celebrating the work of Dino De Laurentiis, Ray Stark, John Wayne, Roger Corman, Costa Gavras, Maurice Jarre, Albert Broccoli and the James Bond franchise, as well as world cinema showcases focusing on Japan, Italy, Bollywood, South America and the Middle East. Ago has taught undergraduate film courses at USC, including Transnational Nightmares and Filmmaking, Italian Style and, more recently, Italian Genre Cinema and Society. He is also one of the curators of the American Film Showcase, an international documentary film diplomacy program funded by the U.S. Department of State.