The USC School of Cinematic Arts and USC Visions and Voices: The Arts and Humanities Initiative invite you and a guest to a special screening of a David Lynch masterpiece Presented in conjunction with:
An Evening with Isabella Rossellini 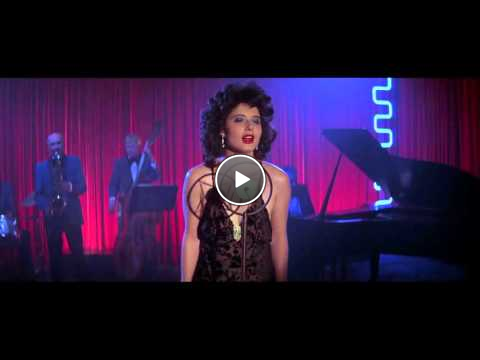 Director David Lynch crafted this hallucinogenic mystery-thriller that probes beneath the cheerful surface of suburban America to discover sadomasochistic violence, corruption, drug abuse, crime and perversion. Kyle Maclachlan stars as Jeffrey Beaumont, a square-jawed young man who returns to his picture-perfect small town when his father suffers a stroke. Walking through a field near his home, Jeff discovers a severed human ear, which he immediately brings to the police. Their disinterest sparks Jeff's curiosity, and he is soon drawn into a dangerous drama that's being played out by a lounge singer, Dorothy Vallens (Isabella Rossellini) and the ether-addicted Frank Booth (Dennis Hopper). The sociopathic Booth has kidnapped Dorothy's young son and is using the child as a bargaining chip to repeatedly beat, humiliate and rape Dorothy. Though he's drawn to the virginal, wholesome Sandy Williams (Laura Dern), Jeff is also aroused by Dorothy and in trying to aid her, he discovers his dark side. As the film nears its conclusion, our hero learns that many more indivduals are tacitly involved with Frank, including a suave, lip-synching singer, Ben (Dean Stockwell), who is minding the kidnapped boy. Director Lynch explored many similar themes of the "disease" lying just under the surface of the small town, all-American façade in his later television series Twin Peaks (1990-91).

About An Evening with Isabella Rossellini

“The world’s most uncategorizable star”—Vanity Fair

Actor, model, filmmaker, and philanthropist Isabella Rossellini was born to film royalty—her parents are Ingrid Bergman and Roberto Rossellini—and has created a life for herself that is perhaps richer and more varied than any film. She has been the face of Lancôme; acted in landmark roles (see David Lynch’s Blue Velvet); created Green Porno, a wacky and wonderful web series about animal behavior; and is the author of a new book, My Chickens and I, about raising chickens on her Long Island farm—among many other experiences and achievements. In conversation with David Bridel, dean of the USC School of Dramatic Arts, Rossellini will reflect on life, art, animals, age, and much, much more, with a sparkling intelligence and natural grace that is hers and hers alone.

Isabella Rossellini grew up in Paris and Rome. She made her cinematic debut as an actor in 1979 in the Taviani brothers’ film Il Prato (The Meadow) and has appeared in numerous other films, including the American features Blue Velvet, White Nights, Rodger Dodger, Cousins, Death Becomes Her, Fearless, Big Night, and Joy. She has worked with directors including Robert Zemeckis, David O. Russell, David Lynch, Robert Wilson, Taylor Hackford, Marjane Satrapi, and Guy Maddin.

This event is presented in conjunction with Rossellini’s “theatricalized lecture” Link Link Circus at the Broad Stage.