IN SEARCH OF GREATNESS

Outside the Box [Office], USC Performance Science Institute, USC Rossier School of Education Center for Engagement-Driven Global Education (EDGE), and Art of Sport, invite you to attend a special advance screening of

In Search of Greatness Followed by a Q&A with Gabe Polsky

About In Search of Greatness 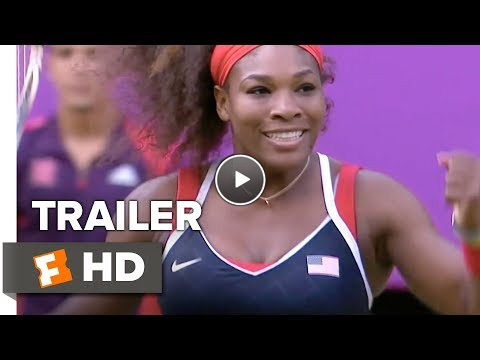 Through the eyes of the greatest athletes of all time, IN SEARCH OF GREATNESS is a cinematic journey into the secrets of genius. From award-winning filmmaker Gabe Polsky (Red Army, Genius) this groundbreaking feature documentary includes original interviews with Wayne Gretzky, Pelé, & Jerry Rice, and features Muhammad Ali, Einstein, David Bowie, Serena Williams, Michael Jordan among others.

Gabe Polsky directed, produced and wrote the feature documentary Red Army, which was released to unanimous critical acclaim and box-office success by Sony Pictures Classics in 2015. Executive produced by Werner Herzog and Jerry Weintraub, the film premiered at the 2014 Cannes Film Festival went on to win many awards. In 2017, Gabe Executive Produced, Genius, a 10 time Emmy-nominated television series on National Geographic about Albert Einstein.

Polsky’s latest film, In Search of Greatness, will be released theatrically in the fall 2018. The film is a cinematic journey into the secrets of greatness through the eyes of the greatest athletes of all time. It has been recognized as an "early Oscar contender" by the Hollywood Reporter. Polsky is currently making Red Penguins, a documentary that follows the Pittsburgh Penguins attempt to partner with the Red Army hockey team in Moscow during Russia’s tumultuous transition in the 1990s.

Previously, Polsky co-directed the acclaimed The Motel Life starring Emile Hirsch, Dakota Fanning, and Stephen Dorff. The film won numerous international awards. Polsky was commissioned by The New Yorker to make a short documentary called The Blimp-Maker. Additional producing credits include: Werner Herzog’s Bad Lieutenant: Port of Call New Orleans, which was named in over 40 top-ten lists of the Best Films in 2009; His Way, an Emmy-nominated documentary released by HBO in 2011; and Little Birds, which was named among the top ten independent films of 2012 by the National Board of Review.

Polsky is directing his adaptations of the National Book Award winning "Going After Cacciato" by Tim O’Brien for Amazon Studios as well as the acclaimed novel "Butcher’s Crossing" by John Williams, and the novel "Flowers for Algernon" by Daniel Keyes.

About the USC Performance Science Institute

Through research, teaching, consulting, and events, USC’s Performance Science Institute is developing the field of Performance Science and familiarizing diverse audiences with useful findings from the field. The PSI brings together scientists, students, businesspeople, athletes, entertainers, and other types of performers, united by their common interest in leveraging performance science to enhance some aspect of their lives. The PSI’s headquarters is at the University of Southern California’s main (University Park) campus in Downtown Los Angeles.