The SCA Network, Movies We Love, and Trancas International Films, invite you and a guest to attend a 40th Anniversary Screening of A networking mixer (separate RSVP required) will be held EXCLUSIVELY FOR SCA NETWORK MEMBERS prior to the screening, in the Academy of Motion Pictures Arts and Sciences Courtyard (Main SCA Courtyard).

The mixer will begin at 4:30 p.m., and Network members will have an EXCLUSIVE FIRST-COME, FIRST-SERVE WINDOW to enter the screening in Norris Theater from 6:15-6:35 p.m. Network members must make reservations for both the mixer and the screening. Wristbands will be required for entry. 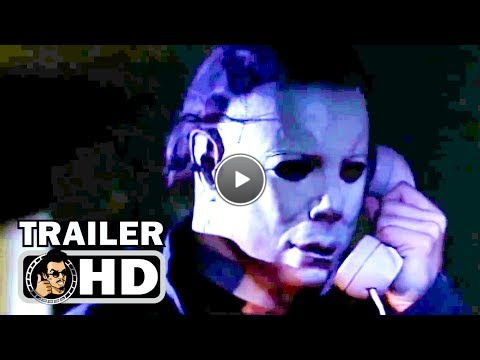 Fifteen years after murdering his sister on Halloween night 1963, Michael Myers escapes from a mental hospital and returns to the small town of Haddonfield to kill again.

While attending the University of Southern California’s School of Cinema, John Carpenter began work on DARK STAR, a science fiction comedy short that was later expanded into a feature length film and released theatrically in 1975. His second feature, ASSAULT ON PRECINCT 13 (1976) was partially an homage to his idol, Howard Hawks, and basically reimagined that director’s RIO BRAVO in an urban setting. Carpenter’s breakthrough film was HALLOWEEN (1978), the seminal horror film; made for $300,000, it was the most profitable independent movie of its day, and to date has spawned several sequels.

Following HALLOWEEN, he further established his reputation with such genre hits as THE FOG, THEY LIVE, PRINCE OF DARKNESS, the psychological horror film, IN THE MOUTH OF MADNESS, CHRISTINE and THE WARD. His rank as an action director on a wider scale is also evident in such productions as ESCAPE FROM NEW YORK, VAMPIRES, THE THING, GHOSTS OF MARS, ESCAPE FROM L.A. and BIG TROUBLE IN LITTLE CHINA.

His motion picture credits also include the comedy-thriller, MEMOIRS OF AN INVISIBLE MAN, the sci-fi love story, STARMAN, which earned Jeff Bridges a Best Actor Oscar nomination, and VILLAGE OF THE DAMNED, the terrifying remake of the classic 1950s horror story.

He won the Cable Ace Award for writing the HBO movie, EL DIABLO.

In the gaming world, he co-wrote the video game FEAR 3 for Warner Bros. Interactive.

On Halloween 2014, the director and composer introduced the world to the next phase of his career with “Vortex,” the first single from Lost Themes, his first album of non-soundtrack material. Carpenter’s primacy and lasting influence on genre score work was both rediscovered and reaffirmed.  Lost Themes achieved numerous international milestones, including NPR First Listen; features in dozens of press outlets including the Los Angeles Times, Vanity Fair, Rolling Stone, The Wall Street Journal, The New York Times and The Guardian; three magazine covers; and Top 200 chart success in the U.S. and the U.K.

John Carpenter was born in Carthage, New York.  His family later moved to Bowling Green, Kentucky, where his father was the head of the music department at Western Kentucky University.  He attended Western Kentucky University followed by the USC School of Cinema in Los Angeles.  WKU awarded him an honorary doctorate in 2007. He lives in Hollywood, California with his wife, Sandy King, his frequent collaborator.

About the SCA Network

The SCA Network is a philanthropic organization open exclusively to alumni and students of the USC School of Cinematic Arts. Designed as a fun way to stay in touch and connect with fellow SCA Trojans, members have access to special preview screenings and events throughout the year. Funds raised through support of the SCA Network provide for current needs of the School including equipment, student support, and facilities.

Information on the SCA Network as well as a list of levels and benefits can be found online at cinema.usc.edu/Network.