THE CATCHER WAS A SPY

The Catcher Was a Spy Followed by a Q&A with Ben Lewin

About The Catcher Was a Spy 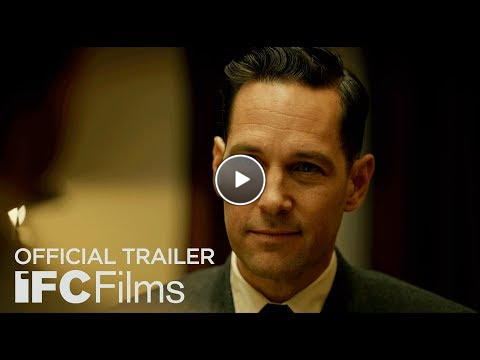 This gripping, stranger-than-fiction espionage thriller brings to life the incredible true story of Moe Berg, the professional baseball player who became a World War II spy. A Jewish, Princeton-educated, multilingual catcher for the Boston Red Sox with a closely-guarded private life, the enigmatic Berg (Paul Rudd) was already a man of mystery when, in 1944, the US government’s wartime intelligence agency enlisted his services. His mission: go behind enemy lines in Europe to assassinate the Nazi’s chief nuclear scientist before the Germans develop an atomic bomb. Trading in his catcher’s mitt for a trench coat, Berg must rely on his formidable, steel-trap intellect in a high-stakes game of cat and mouse—with the fate of the world hanging in the balance. Jeff Daniels, Paul Giamatti, and Sienna Miller costar in this remarkable slice of forgotten history. Director Ben Lewin's career as a writer and director is spread across three continents and includes award-winning documentaries, feature films, TV movies, mini-series and episodic programs. Ben was born in Poland and grew up in Australia. As a young man, he showed great passion for photography and creative writing, and also studied and practiced law. He left his work as a criminal barrister when he was offered a scholarship to the National Film School in England. After graduating, he joined BBC Television as a director on the Nationwide program, followed by other documentary and current affairs programs for Thames, Granada and Channel Four Television. His breakthrough project as a writer/director was The Case of Cruelty to Prawns, a comedy-drama that won the Best Television Film Award at the prestigious Melbourne Film Festival.

Some of Ben’s notable credits include the murder-mystery feature Georgia, starring Judy Davis, which won eight Australian Film Institute nominations; the much-honored and multi-award winning THE DUNERA BOYS starring Bob Hoskins – the true story of 2,000 English Jews who were mistakenly suspected as Nazi spies and transported to Australia in 1940; the award-winning A MATTER OF CONVENIENCE, a tele-movie about marriages of convenience with Jean-Pierre Cassel; and PLEAD GUILTY, GET A BOND, about an aboriginal woman and her conflict with the Australian legal system for which he won an AFI award for Best Screenplay in a Short film.

Ben is best known in the U.S. as the writer and director of comedy features PAPERBACK ROMANCE, a love story about slightly damaged people starring Anthony LaPaglia and Gia Carides, and the messianic farce THE FAVOUR, THE WATCH AND THE VERY BIG FISH, starring Bob Hoskins, Jeff Goldblum and Natasha Richardson. After settling in Los Angeles, Ben brought his distinctive mix of the preposterous and the perceptive to HOLLYWOOD GOLD, a personal documentary of his misadventures in the Beverly Hills jewelry trade at Oscar time. His episodic television work includes the season's highest-rated episode of Ally McBeal ("Let's Dance") and Touched By An Angel, as well as a number of episodes of the most popular drama series in Australia, Sea Change. In 2016, he directed the feature film Please Stand By starring Dakota Fanning and Toni Collette, and was a director on the lauded new ABC television series Speechless.

Of particular note, Ben is renowned for his award-winning feature film THE SESSIONS, a moving true-life story based on the sexual awakening of Berkeley-based poet and journalist Mark O'Brien who spent most of his life in an iron lung. Starring Oscar-winner Helen Hunt, and Oscar nominees John Hawkes and William H. Macy, the film won numerous international awards including Audience Awards at the 2012 Sundance, San Sebastian and Mill Valley Film Festivals, and a 2012 Sundance Special Jury Prize for Ensemble Cast. In 2013, the lead cast of THE SESSIONS garnered two Independent Spirit Awards for Best Male Lead and Best Supporting Actress, as well as two Golden Globe nominations in the same categories and an Academy Award® nomination for Best Supporting Actress.

An Australian at heart, Ben has been living and working in California since 1994 and is currently in development on a number of feature film and television projects. His portfolio and interests are diverse, and include one wife (producer Judi Levine) and three remarkably talented – and nice – children.