Followed by a Q&A with David and Nathan Zellner 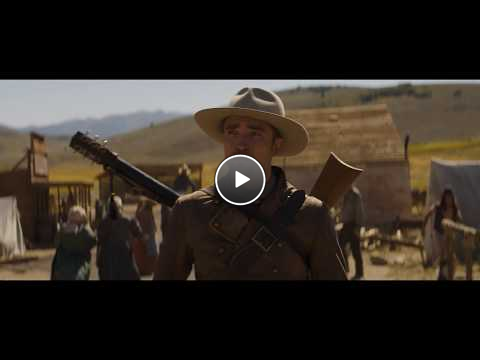 It’s the age of The Wild West, circa 1870. An affluent pioneer, Samuel Alabaster (Robert Pattinson) ventures deep into the American wilderness to reunite with and marry the love of his life, Penelope (Mia Wasikowska). For his journey he brings Butterscotch, a miniature horse intended as a wedding present for his bride, and enlists drunkard Parson Henry (David Zellner) to conduct the ceremony. As they traverse the lawless frontier their once simple journey grows treacherous, and the lines between hero, villain, and damsel are blurred.

A loving reinvention of the western genre from the Zellner brothers (Kumiko, the Treasure Hunter), DAMSEL showcases their trademark unpredictability, off-kilter sense of humor, and unique brand of humanism.

David and Nathan Zellner are Austin-based filmmaking siblings who have written, produced, directed and edited numerous films and music videos that have screened at festivals worldwide. This includes five shorts (FLOTSAM/JETSAM, REDEMPTITUDE, AFTERMATH ON MEADOWLARK LANE, FIDDLESTIXX, and SASQUATCH BIRTH JOURNAL 2), which premiered at the Sundance Film Festival ('05-'11). GOLIATH, their first feature film, premiered at the 2008 Sundance Film Festival and was distributed theatrically by IFC Films.

KID-THING, a fable-like drama starring Sydney Aguirre and Susan Tyrell, premiered at Sundance in 2012 followed by an extensive festival run, including an international premiere at the 62nd Berlinale and a retrospective of the Zellner Brothers' work at the 2012 Buenos Aires Film Festival.  KID-THING received a 2012 Gotham Award nomination and was followed by KUMIKO, THE TREASURE HUNTER starring Rinko Kikuchi, which premiered in U.S. Dramatic Competition at Sundance 2014 and internationally at the 64th Berlinale. It was nominated for two Independent Spirit Awards (Best Actress and Best Director).

The brothers premiered their latest feature, DAMSEL, starring Robert Pattinson and Mia Wasikowska, at the 2018 Sundance Film Festival. It is their first Western.

In addition to their work behind the camera, David and Nathan have also had notable roles and cameos in several independent films including: AIN'T THEM BODIES SAINTS, SHIT YEAR, BEESWAX, KID-THING, KUMIKO, DAMSEL among many others.

Much of their work can be viewed at zellnerbros.com.