The USC School of Cinematic Arts, Movies We Love, Marvel Studios, and Paramount Pictures,
invite you and a guest to attend a special screening of 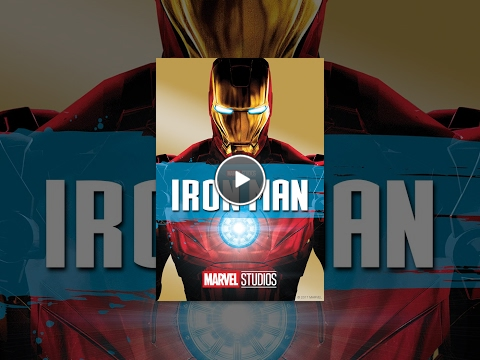 2008's Iron Man tells the story of Tony Stark (Robert Downey Jr.), a billionaire industrialist and genius inventor who is kidnapped and forced to build a devastating weapon. Instead, using his intelligence and ingenuity, Tony builds a high-tech suit of armor and escapes captivity. When he uncovers a nefarious plot with global implications, he dons his powerful armor and vows to protect the world as Iron Man.

Jon Favreau began his career in the industry as an actor in the inspiring sports film “Rudy.” He then went on to establish himself as a writer with the acclaimed hipster comedy “Swingers.” Since then, he has continued to challenge himself as a filmmaker with an eclectic variety of projects.

An integral part of the formation and expansion of the Marvel Cinematic Universe, Favreau directed the blockbuster hits “Iron Man” and “Iron Man 2,” which grossed a combined $1.3 billion at the worldwide box office. He served as executive producer on “Marvel’s The Avengers” and “Avengers: Age of Ultron,” which grossed a combined $2.9 billion worldwide. He will also serve as executive producer on the yet-to-be-titled “Avengers” movie to be released in 2019.

In 2011, Favreau directed and produced “Cowboys & Aliens,” starring Harrison Ford and Daniel Craig. Before directing the first two installments of the “Iron Man” franchise, Favreau directed “Zathura: A Space Adventure,” a children’s film starring Tim Robbins, for Radar Pictures and Sony Entertainment. In 2003, Favreau directed the acclaimed holiday smash hit “Elf,” starring Will Ferrell, for New Line Cinema. Favreau made his feature-film directorial debut with “Made,” in 2001, a script he wrote and starred in opposite Vince Vaughn and Sean Combs.

In front of the camera, Favreau was seen in “The Wolf of Wall Street,” “Identity Thief” and “People Like Us.” His other film credits, as an actor, include “Couples Retreat,” “I Love You, Man,” “Four Christmases,” “The Break-Up,” “Wimbledon,” “Something’s Gotta Give,” “Daredevil,” “Love & Sex,” “The Replacements,” “Very Bad Things” and “Deep Impact.” He also portrayed legendary heavyweight champion Rocky Marciano in the MGM biopic “Rocky Marciano.” Favreau also starred opposite his “Swingers” co-star Vince Vaughn in “Term Life.” Within the Marvel Cinematic Universe, Favreau portrays Happy Hogan, a character who appears in the “Iron Man” movies and “Spider-Man: Homecoming” as security head and personal chauffeur to Iron Man alter ego Tony Stark (played by Robert Downey Jr.).

Favreau’s television credits include a recurring role on “Friends” and a special appearance on HBO’s “The Sopranos,” playing himself. Favreau also added the title of showrunner to his multi-hyphenate list of credits as the creator, producer and host of the critically acclaimed and Emmy®-nominated IFC series “Dinner for Five.” He also executive produced the TV series “Revolution” and “The Shannara Chronicles.”Among his honors, Favreau received the Visual Effects Society’s lifetime achievement award during the 16th annual VES Awards in 2018. In 2016, he was inducted into Variety’s Home Entertainment & Digital Hall of Fame, recognizing his role as a creative trailblazer and innovator in the world of content creation.

Upcoming, Lucasfilm has announced Favreau will executive produce and write a live-action “Star Wars” series for Disney’s new direct-to-consumer platform. Favreau is no stranger to the “Star Wars” galaxy, having played roles in both the “Star Wars: The Clone Wars” animated series and in the upcoming “Solo: A Star Wars Story.”

Kevin Feige has been the driving creative force behind several billion-dollar franchises and an unprecedented number of blockbuster feature films, all connected to create the Marvel Cinematic Universe. In his current role as producer and president of Marvel Studios, Feige is a hands-on producer and oversees Marvel Studios’ feature film productions, whose 18 films released all have opened No. 1 at the box office and collectively grossed over $13 billion worldwide.

Most recently, Feige produced “Black Panther,” which continued Marvel’s unprecedented success. The blockbuster film recorded the fifth biggest opening weekend of all time with $202 million and is on track to become the highest grossing super hero film at the domestic box office. The film has grossed over $1.3 billion worldwide to date.

In 2017, Feige produced “Thor: Ragnarok,” which was released on November 3 in the U.S. and grossed $121 million domestically in its opening weekend, in addition to $306 million internationally; “Guardians of the Galaxy Vol. 2,” which opened on May 5 with $145 million and has grossed over $863.5 million worldwide; and “Spider-Man: Homecoming,” which opened on July 7 and has garnered over $879 million worldwide to date. Feige is currently producing “Ant-Man and the Wasp,” “Captain Marvel” and the untitled fourth installment of the “Avengers” series.

In 2016, Feige launched another franchise with “Doctor Strange,” which continued the streak of No. 1 openings, and produced “Captain America: Civil War,” the highest-grossing film of 2016 worldwide. In 2015 he launched another successful franchise with “Ant-Man,” starring Paul Rudd, and earlier that year he produced “Avengers: Age of Ultron,” the fourth-largest domestic opening weekend of all time. In 2014, Feige produced “Guardians of the Galaxy,” starring Chris Pratt, which grossed over $773 million worldwide, and “Captain America: The Winter Soldier,” which broke the opening record for an April release.

In 2013, Feige produced the megahits “Thor: The Dark World” and “Iron Man 3.” In 2012, Feige produced the critically acclaimed “Marvel’s The Avengers,” which set an all-time domestic three-day weekend box-office record. The film went on to become Disney’s highest-grossing global and domestic release at the time.

In summer 2008, Feige produced the first fully developed and financed films from the new Marvel Studios, including the blockbusters “Iron Man,” directed by Jon Favreau, and “The Incredible Hulk,” directed by Louis Leterrier.

A graduate from the University of Southern California’s School of Cinematic Arts, Feige first worked for Lauren Shuler Donner and Richard Donner at their Warner Bros.–based production company, which released the action-adventure “Volcano” and the hit romantic comedy “You’ve Got Mail.” Feige earned his first producer credit on “X-Men,” a film that is credited with revitalizing the comic book genre.

Timothy Dowling is a graduate of the School of Theatre at the University of Southern California. As an actor he was in the films: The Beautician and the Beast, Dr. Benny, and Terminator 3. As a screenwriter he was named one of Variety's Ten Writers to Watch, Fade In Magazine’s Top 100 People In Hollywood and had two scripts listed on the prestigious Black List. He co-wrote the award winning short film: George Lucas in Love, which is still the best selling short film of all time. He has since co-written the feature films: Role Models, Just Go With It, This Means War, Office Christmas Party and Pixels, directed by Chris Columbus. Role Models was nominated for a Critics Choice Award for Best Comedy of the Year in 2008 and Just Go With It was the most rented Red Box movie in America and in the world in 2011. Timothy also wrote the forthcoming Another Midnight Run starring Robert De Niro and the Disney action comedy Dashing Through the Snow starring Kevin Hart. Timothy is on the Board of the USC School of Cinematic Arts and in 2012 proudly donated a Urinal to the School that bears his name. He has since donated a bathroom stall in the Lucas Building and a urinal in the Norris Theatre. His mother is very proud.

About 10 Years of Marvel

Marvel Studios’ 10th anniversary begins with the release of Avengers: Infinity War and covers an impressive decade of Marvel Studios’ blockbusters released from 2008 through the “Avengers” untitled film in 2019. In celebration of the anniversary, fans can expect exclusive consumer products and collectibles, along with in-theater events and much more in the coming months.

To celebrate the anniversary, the USC School of Cinematic Arts will host 4 screenings of classic Marvel titles, beginning with Iron Man on May 17th, and continuing with The Avengers on May 24th, Guardians of the Galaxy on May 31st, and Black Panther on June 7th.

This screening is free of charge and open to the public. RSVPs must be made through this website.

Please bring a valid USC or State/Government ID or print out of your reservation confirmation, which will automatically be sent to your e-mail account upon successfully making an RSVP through this website. Doors will open at 6:30 P.M.