SORRY TO BOTHER YOU

Sorry to Bother You About Sorry to Bother You 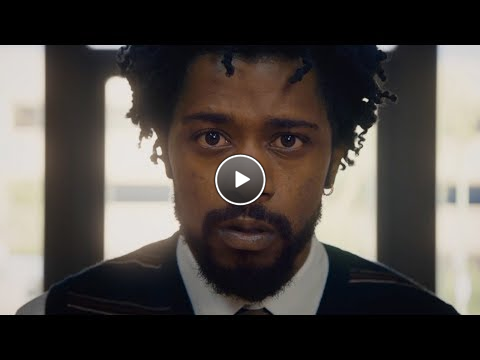 Sorry to Bother You tells the story of Cassius Green, a 30-something telemarketer with self-esteem issues, who discovers a magical selling power living inside of him. Suddenly he’s rising up the ranks to the elite team of his company, a company which sells heinous products and services. The upswing in Cassius’s career raises serious red flags with his brilliant girlfriend, Detroit, a sign-twirling gallery artist. But the unimaginable hits the fan when Cassius meets the company’s cocaine-snorting, orgy-hosting, obnoxious, and relentless CEO, Steve Lift. Sorry to Bother You is unlike anything you have ever seen. It is a searing social satire about greed, racial dynamics and capitalism in a universe not unlike our own. Prepare yourself for something outrageous and totally original. Growing up in Oakland, CA, he studied film at San Francisco State University before dropping out in favor of a major label recording deal. He put in two decades as leader of The Coup, a radical funk/punk/hip-hop band, where he penned 6 albums to widespread critical acclaim, receiving "Pop Album Of The Year" by The Washington Post and Associated Press, and "Hip Hop Album Of The Year" by Rolling Stone. His book of lyrics and anecdotes, Tell Homeland Security We Are The Bomb, is out now on Haymarket Press. The Coup's 7th, as yet unreleased album, The Sun Exploding is the soundtrack to Sorry To Bother You.

New York Post says "Boots Riley ranks as some kind of genius."  Jeff Chang said that "he is one of the most influential poets and thinkers of this generation." Stereogum says "Boots Riley is a national treasure." While Slavoj Zizek says "The very existence of a person like Boots Riley is a miracle". It is his hope to be a part of creating a new movement in film.

As one of the few active Asian-American producers in Hollywood, Nina has gained a positive reputation for having an in-depth knowledge of film financing, creative and physical producing, and a knack for discovering talent, like that of Ryan Coogler (Marvel’s Black Panther), whose first film, Fruitvale Station, was produced by Nina and her producing partner, Forest Whitaker.

Together under their banner, Significant Productions, Nina and Forest have produced a number of critically acclaimed and monetarily successful films by auteur directors — all filmmakers of color, including Dope (2015) by Rick Famuyiwa, Songs My Brothers Taught Me (2015) by Chloe Zhao and Roxanne Roxanne (2017) by Michael Larnell, of which all debuted at the Sundance Film Festival in U.S. Dramatic Competition over the past three years. Proudly, Fruitvale Station, Dope and Songs My Brothers Taught Me also premiered internationally in Cannes proving that "films of color" do travel.

Nina's mission is to create opportunities and inclusivity for underserved and underrepresented storytellers. Her most recent film, Sorry To Bother You by Boots Riley debuted at Sundance in January 2018, which is her 5th in U.S. Dramatic Competition. She is currently in active development of the Angela Davis feature biopic with Lionsgate alongside a slate of projects that she loves.

Nina is a board member of Film Independent, The Oscar Grant Foundation, Coalition of Asian Pacifics in Entertainment (CAPE), as well as a member of The Academy of Motion Pictures Arts & Sciences’ (AMPAS) Producers Branch. She’s fluent in Mandarin, Chinese, and received her graduate degree in Entertainment Management from the Annenberg School at the University of Southern California.