PEOPLE THAT ARE NOT ME

People That Are Not Me About People That Are Not Me 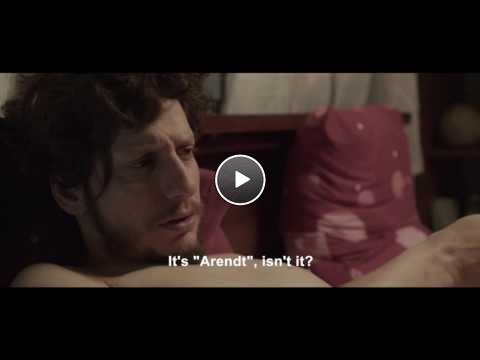 Joy can't let go of her ex, can't fall in love with the new guy, and can’t stop sleeping around with strangers. This is a story about young people in Tel Aviv who yearn for intimacy and are also terrified by it; who talk endlessly but never say anything authentic. I wanted my first film to be about my friends. It was during my last semester at the Steve Tisch School of Film in Tel Aviv University, when I first realized I was, after all, part of something. Western society teaches young people that they are all special little unicorns. Well, I’m not. And I wanted to make a film about all those people who grew up thinking they were unicorns, about my friends and their non-unicorn lives, about whatever it is that unites and defines us. The great thing about making a movie about your friends is that inspiration is everywhere. I was sitting in a bar with a friend when this friend told me this story:

I immediately knew I had my first scene. My movie is called “people that are not me”, but it really is about people who are just like me: Y-generation Tel Avivians trying to be intimate but ending up being sarcastic. Making a film about inauthentic people requires strict authenticity. That’s why I filmed every shot chronologically. That’s why I also cast non-actors. That’s how I ended up playing the leading role. You see, I wanted to make a film about me, about my friends and my generation. I wanted to make a film that is neither biographic nor pornographic, a film that will be representative of what many people my age are going through and struggling with. Hopefully, if the mirror I present is clear enough, I could make them laugh at themselves struggling.

Established in 1972, the Steve Tisch School of Film and Television is Israel's leading institution of film and television studies. It is the largest film school in the country and has 850 enrolled students. The school’s program is unique for its combination of filmmaking practice with a broad theoretical curriculum in many degree tracks: Directing (BFA, MFA), Scriptwriting (BFA), Film Studies (BA, MA, PhD), and Digital Media (MFA). In 2016, the school was selected as one of the top 15 International film schools by The Hollywood Reporter magazine, for the third time.

This screening is free of charge and open to the public. Please bring a valid USC ID or print out of your reservation confirmation, which will automatically be sent to your e-mail account upon successfully making an RSVP through this website. Doors will open at 8:15 P.M.