MEASURE OF A MAN

Measure of a Man Followed by a Q&A with Jim Loach, Christian Taylor,
and Liana Liberato

About Measure of a Man 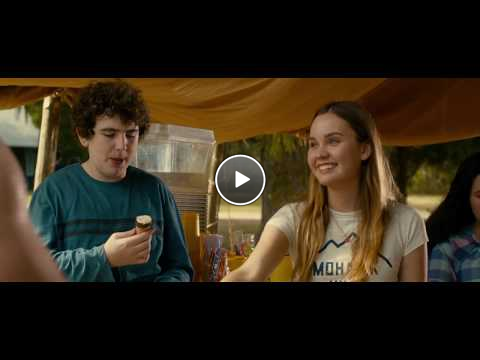 During the summer of 1976, fourteen-year-old Bobby Marks (Blake Cooper), insecure and overweight, must endure another tortuous family vacation at Rumson Lake. His summer job, tending to the palatial estate of the reclusive, enigmatic and overly demanding Dr. Kahn (Donald Sutherland) is backbreaking. His parents (Judy Greer & Luke Wilson) appear on the verge of divorce; his sister Michelle (Liana Liberato) is forcing him to help conceal her clandestine rendezvous with the local pretty boy; and his best friend and kindred spirit Joanie (Danielle Rose Russell) is leaving for a month and won’t tell him why. On top of that, a crazy townie has focused his hatred of the rich “summer people” exclusively on Bobby. Over the course of this emotional rollercoaster of a summer, secrets are revealed, lessons are learned and Bobby comes to understand who he is and what makes up the true measure of a man. Jim Loach was born in north London in 1969 and studied philosophy at University College, intending to pursue a career in journalism. He joined the BBC, where he worked as a researcher and producer and eventually won a place on the coveted BBC director’s course. He got his first break directing in 1996 while working on the British current affairs program World in Action. He went on to direct episodes of Coronation Street in 2000, and subsequently Bad Girls, Hotel Babylon and Shameless. His first film, Oranges and Sunshine, written by Rona Munro, starred Emily Watson as Margaret Humphreys, the social worker who exposed the scandal of child migration from the United Kingdom. The British and Australian governments subsequently apologized, and launched inquiries in to their child migration schemes. Jim went on to direct Life of Crime, a three part thriller written by Declan Croghan, starring Hayley Atwell, and has just completed a feature length episode of Victoria. He is currently shooting Tin Star with Tim Roth and Christina Hendricks in Canada. Work on a second film collaboration with Rona Munro is underway. He is also developing a comedy-drama set in Shanghai, Life Out Loud, with writer Paul Viragh.

Measure of a Man is Jim’s second feature. Jim lives in London and LA with his wife Clare, and their two teenagers.

Christian Taylor is president of Taylor Lane Productions, a Los Angeles based independent production company. Born in New York City, he began his career in the New York Theater and later moved to Los Angeles, where he worked in talent and literary management at Industry Entertainment and Lighthouse Entertainment, and in development at Imagine Entertainment. In 2011 Christian founded Taylor Lane Productions, where his focus is specialty films and multi-platform content for global audiences.

His first feature Hick, written by Andrea Portes (based on her novel) and directed by Derick Martini, stars Chloe Grace Moretz, Eddie Redmayne, Blake Lively, Juliette Lewis, and Alec Baldwin. The film premiered at the Toronto International Film Festival in 2011 and was released theatrically and on VOD by Phase 4 Films. He serves as producer on upcoming film, Measure Of A Man written by David Scearce (A Single Man) and directed by Jim Loach. The film stars Donald Sutherland, Judy Greer, Luke Wilson, Blake Cooper, and Liana Liberato and will be released in 2018.

At the age of 10, Liana Liberato was featured on the cover of New York Times Magazine as part of a feature on aspiring child actors. Four years later, her “remarkable performance” (Roger Ebert, Chicago Sun-Times) in the film Trust had earned her a Best Actress award at the Chicago International Film Festival and a spot on Indiewire’s “20 Actors to Watch That are Under 20.” She has featured supporting roles in the films If I Stay and The Best of Me, and her TV credits include episodes of Sons of Anarchy and CSI: Miami.