Followed by a Q&A with Justin Benson and Aaron Moorhead 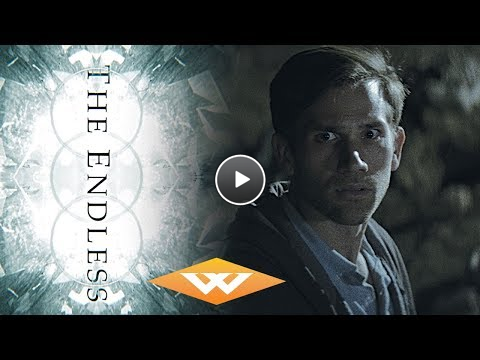 Following their Lovecraftian modern cult classic Spring, acclaimed filmmakers Moorhead and Benson return with this mind-bending thriller that follows two brothers who receive a cryptic video message inspiring them to revisit the UFO death cult they escaped a decade earlier. Hoping to find the closure that they couldn’t as young men, they’re forced to reconsider the cult’s beliefs when confronted with unexplainable phenomena surrounding the camp. As the members prepare for the coming of a mysterious event, the brothers race to unravel the seemingly impossible truth before their lives become permanently entangled with the cult.

Justin Benson and Aaron Moorhead, known as Moorhead & Benson, are the co-directing team behind the 2014 Toronto International Film Festival favorite “SPRING” as well as the Tribeca Film Festival sleeper hit “RESOLUTION” that took the film festival circuit by storm in 2012. Both films have been widely acclaimed by critics and audiences for their naturalistic performances and avant-garde approach to story structure and cinema. They each remain at 100% Fresh on Rottentomatoes.com, the world’s leading site on gathering critical movie reviews. The duo has been selected as one of VARIETY magazine’s “Ten Directors to Watch”.

The duo is a self-contained unit that has been defined as “quietly mythic”: unpredictable storytelling that won’t leave you after viewing, ardently character-first approach, and arresting visuals. They wear as many hats as possible on their own films: writing, directing, producing, cinematography, editing, even visual effects.

Like SPRING, following its world premiere in the Tribeca Film Festival 2012, RESOLUTION and the directors globetrotted to more than 30 other film festivals, garnering such awards as Most Innovative Film, Best Directors, Best Screenplay, and Best Film. RESOLUTION was distributed theatrically by Tribeca Film in January 2013, and can currently be viewed on every major platform (Netflix, Amazon Instant, VOD, DVD/Blu-Ray). SPRING was distributed theatrically and streaming in 2015 via a collaboration between Drafthouse Films and Filmbuff.