DAWN OF THE PLANET OF THE APES

Dawn of the Planet of the Apes 
Presented as part of 50 Years of Planet of the Apes,
A Visions & Voices Exhibit and Film Retrospective at the USC School of Cinematic Arts

About Dawn of the Planet of the Apes 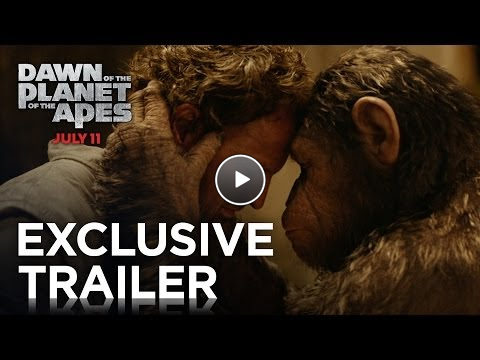 Ten years after the "simian flu" pandemic brings humanity to the brink of extinction, a human survivor named Malcolm (Jason Clarke) makes a startling discovery in the woods outside San Francisco: a group of super-intelligent apes, under the guidance of their leader, Caesar, has formed the beginnings of a civilization. Malcolm's band of survivors forms a tense partnership with Caesar's apes as they work to restore power to San Francisco, but escalating distrust - and a plot by Caesar's rival to forestall any coexistence with humans - soon brings the two species into open war.