Followed by a Q&A with ADAM RIFKIN

About The Last Movie Star 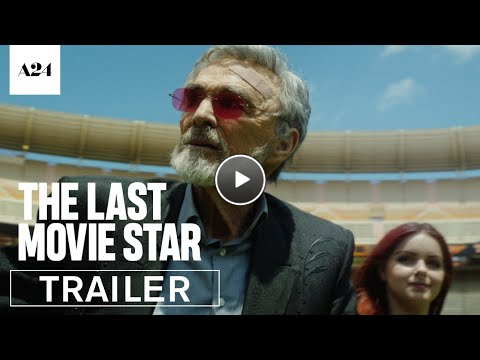 Vic Edwards (Burt Reynolds) was the biggest star in Hollywood, a college football legend turned stunt double turned leading man. Now, in his eighties, he’s convinced by an old friend (Chevy Chase) to accept an invitation to receive a Lifetime Achievement award at a two-bit film festival in Nashville. The trip launches him on both a hilarious fish-out-of-water adventure and an unexpectedly poignant journey into his past. Adam Rifkin is a writer/director whose eclectic career ranges from family comedies to thought provoking indies to cult classics. Most recently, Rifkin wrote and directed The Last Movie Star, a poignant drama starring screen legend Burt Reynolds, Ariel Winter, and Chevy Chase. The critically acclaimed film premiered at the Tribeca Film Festival where it was bought by A24 and is set to be released in March of 2018.

Rifkin also directed Director’s Cut, a wild and twisted meta-thriller penned by iconic illusionist and comedian, Penn Jillette of Penn & Teller. Director’s Cut was the opening night film of the 2016 Slamdance Film Festival and will be released by Epic Pictures under their new, Dread Central Presents, horror banner.

Additionally, Rifkin directed Giuseppe Makes a Movie, an outrageous yet touching documentary about trailer park filmmaker Giuseppe Andrews and the misfit family of homeless people he’s assembled to perform in all of his bizarre yet heartfelt movies. Giuseppe Makes a Movie currently holds a coveted 100% rating on Rotten Tomatoes.

Previously, Rifkin wrote and directed the award winning film Look, a controversial drama that takes us into the foreboding world of surveillance and explores the conceit that the average American is captured on camera at least 300 times a day. Adam also executive produced, wrote, and directed Look: The Series for Showtime. The stand-alone 11 episode limited series enjoyed the highest ratings in its time slot in Showtime's history.

Rifkin earned cult status when his film The Dark Backward, an oddball fairytale about a standup comic who grows a 3rd arm, starring Bill Paxton, Wayne Newton, Judd Nelson, Rob Lowe, James Caan and Lara Flynn Boyle, was named one of the top ten films of the year by The New York Post. He would then be immortalized as the Director responsible for New Line Cinema’s Detroit Rock City, a bona fide cult classic about 4 teens in 1978 who go on an Arthurian quest for KISS tickets. Detroit Rock City continues to speak to and inspire generations of rock fans around the world.

An A-list screenwriter, Rifkin has a penchant for family fare. He wrote Underdog for Walt Disney Studios, a tent pole comedy based on the iconic 1960's cartoon show, Zoom, starring Tim Allen and two hits for DreamWorks, Mousehunt and Small Soldiers. His next foray into family entertainment will be Peeps, a Lego Movie-esque animated feature he’ll write and produce based on the iconic Peeps candies.

This screening is free and open to the public, RSVPs required. Please bring a valid USC or Government ID or print out of your reservation confirmation, which will automatically be sent to your e-mail account upon successfully making an RSVP through this website. Doors will open at 6:30 P.M.