Outside the Box [Office], USC PACSA (Persian Academic and Cultural Student Association), and Urban Distribution International, invite you and a guest to attend a special screening of Followed by a Q&A with Alireza Khatami 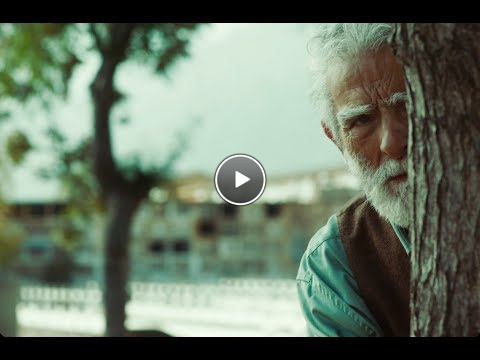 The elderly caretaker of a remote morgue possesses an impeccable memory for everything but names. He passes his days showing corpses to those searching for their lost ones and tending to his beloved plants. When protest in a nearby city breaks out and the militia covertly raids the morgue to hide civilian casualties, he discovers the body of an unknown young woman. Evoking memories of personal loss, he embarks on a magical odyssey to give her a proper burial with the help of a mystic gravedigger who collects stories of the dead, an old woman searching for her long-lost daughter, and a hearse driver tormented by his past. Alireza Khatami (1980, Iran) is an independent filmmaker whose trademark is folding fantasy elements into otherwise realistic narratives. His works explore themes of memory, trauma and identity politics with dark humor and unapologetic wit. Alireza started his career in 2000 as an assistant to several prominent Iranian directors, including Asghar Farhadi. He later studied visual effects in Malaysia, and then went on to receive his Master of Fine Arts degree in film production from the Savannah College of Art & Design. His latest short film Mr. Chang’s New Address premiered at Directors’ Fortnight of Cannes Film Festival in 2013. After teaching cinema in Beirut for three years he moved to Chicago, where he is now an assistant professor in the School of Cinematic Arts at DePaul University.

Oblivion Verses is inspired by tragic events that are close to my heart. For years I did not have the courage to revisit these memories. It was only after mediating the events through a different language and geography could I speak of it and understand that historical amnesia prepares the way for violence to be repeated. Oblivion Verses is about the ethical demand to remember the past and resist the violence of forgetting as a form of personal redemption. A reflection on the politics of memory, it is a poetic homage to those who fight to seek justice for the unknown.

The Persian Academic and Cultural Student Association, is a nonprofit, nonreligious, and nonpartisan student-run organization that advances the rights, interests and culture of Iranian students at USC. When you join PACSA, you’re given a voice, in both your education and community, and a chance to be part of a strong network of future professionals. You’ll also have the opportunity to develop the leadership skills that will benefit you throughout your life. With a large audience and sufficient funding from our sponsors, we have the resources to put together active, purposeful, impactful, even inspirational events. Thus, regardless of where your interests lie, you should have no problem finding like-minded individuals with whom to make your mark as a contributing member of USC PACSA.