USC Shoah Foundation Center for Advanced Genocide Research, Outside the Box [Office], and USC Gould Law School's Center for Law, History and Culture, and Skylight, invite you and a guest to attend a special screening of Followed by a Q&A with Pamela Yates 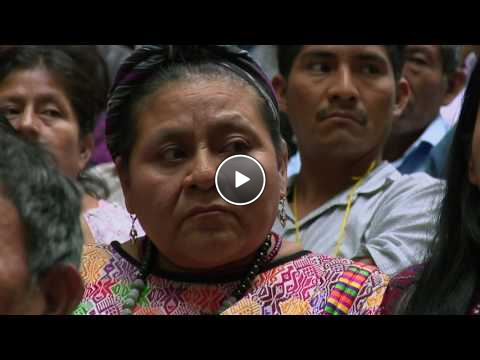 Pamela Yates presents her documentary film, 500 Years, the third and final installment in Yates and Skylight’s epic trilogy on Mayan indigenous resistance in Guatemala, The Resistance Saga, which began with When the Mountains Tremble (1983) and was followed by Granito: How to Nail a Dictator (2011). This new film tells the sweeping story that led Guatemala to a tipping point in its history, from the genocide trial of former dictator General Ríos Montt to the popular movement that toppled sitting President Otto Pérez Molina. Focusing on universal themes of justice, racism, power and corruption,  500 Years tells the story from the perspective of the majority indigenous Mayan population in Guatemala, and explores their struggles in the country’s growing fight against impunity. This screening is free and open to the public. RSVPs required. Please bring a valid USC ID or print out of your reservation confirmation, which will automatically be sent to your e-mail account upon successfully making an RSVP through this website. Doors will open at 6:30 P.M.