Executive Produced by Will Ferrell and Adam McKay

Followed by a Q&A with Han West 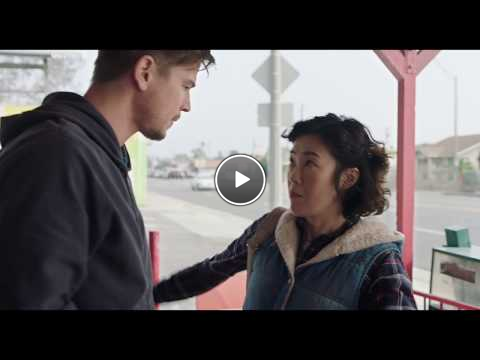 Oh Lucy! follows Setsuko, (Shinobu Terajima, in an Independent Spirit Award-nominated performance), a single, emotionally unfulfilled woman, seemingly stuck with a drab, meaningless life in Tokyo. At least until she's convinced by her niece, Mika (Shioli Kutsuna, Deadpool 2), to enroll in an unorthodox English class that requires her to wear a blonde wig and take on an American alter ego named "Lucy". The new identity awakens something dormant in Setsuko, and she quickly develops romantic feelings for her American instructor, John (Josh Hartnett, Showtime's Penny Dreadful).  When John suddenly disappears from class, Setsuko travels halfway around the world in search of him, and in the outskirts of Southern California, family ties and past lives are tested as she struggles to preserve the dream and promise of "Lucy". I believe that the more quiet and obscure a person is, the more things that person has to say. I can't help but imagine what it would be like for them to shout and scream if given the right opportunity or permission.

Oh Lucy! is a result of this imagination. In this feature, I want to explore how far the lead character, Setsuko, will go if given this permission to be free. I feel the desire to be heard is so inherent in human nature, so much so that we're born screaming. As a storyteller, I feel the urge to find the quieted ones and let them be heard.