Followed by a Q&A with Tom Gorai 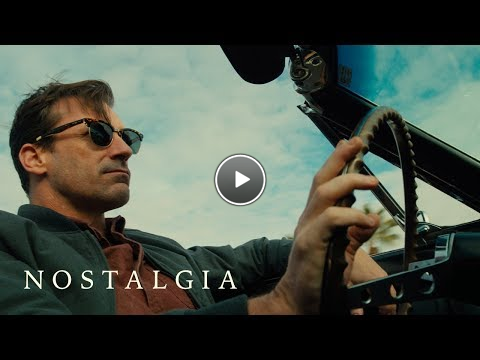 A mosaic of stories about love and loss, Nostalgia explores our relationships to the objects, artifacts, and memories that shape our lives. Starring Jon Hamm, Catherine Keener, John Ortiz, Nick Offerman, James Le Gros, with Bruce Dern and Ellen Burstyn.

Tom Gorai has feature film production credits including Arlington Road, Going All the Way, American Pastime and the documentaries Father’s Daze, Pearl Jam: Single Video Theory and American Mullet. Gorai was executive producer of the NBC TV series “Outsourced” and executive producer on the feature films Old Goats, Burkholder and G.B.F. He is the recipient of the MTV Video Music Awards’ Viewer’s Choice award for best video for Pearl Jam’s “Jeremy.” He has been nominated for a Grammy and an Emmy, and was executive producer on the Oscar short-listed feature documentary Keep On Keepin’ On with Quincy Jones.Gorai is a graduate of Vassar College.