Followed by a Q&A with Steve James and Mark Mitten

About Abacus: Small Enough to Jail 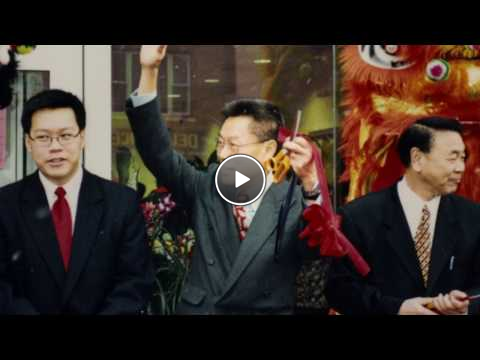 From acclaimed director Steve James (Hoop Dreams, The Interrupters, Life Itself), Abacus: Small Enough to Jail tells the incredible saga of the Chinese immigrant Sung family, owners of Abacus Federal Savings of Chinatown, New York. Accused of mortgage fraud by Manhattan District Attorney Cyrus R. Vance, Jr., Abacus becomes the only U.S. bank to face criminal charges in the wake of the 2008 financial crisis. The indictment and subsequent trial forces the Sung family to defend themselves – and their bank’s legacy in the Chinatown community – over the course of a five-year legal battle. Steve James produced and directed Hoop Dreams, winner of every major critics prize as well as a Peabody and Robert F. Kennedy Award. Other award-winning films include Stevie, winner of the Sundance Film Festival Cinematography Award, IDFA Grand Jury Prize and the Yamagata Mayor’s Prize, among others; the Independent Documentary Association Award-winning miniseries The New Americans; Tribeca Film Festival Grand Prize winner The War Tapes, which James produced and edited; At the Death House Door, co-directed with Peter Gilbert, and winner of numerous festival awards; No Crossover: The Trial of Allen Iverson for ESPN’s Peabody winning "30 for 30" series; and The Interrupters, which won an Emmy, Independent Spirit Award and the DuPont Columbia Journalism Award, among others. James’ recent film, Life Itself, won an Emmy award for Outstanding Editing: Documentary and Long Form, was nominated for an Emmy award for Best Documentary, was named the best documentary of the year by over a dozen critics associations, Rotten Tomatoes, the Critics’ Choice Awards, the National Board of Review, and the Producers Guild of America. Abacus: Small Enough To Jail was an official selection at the Toronto International Film Festival (first runner-up for the Grolsch People’s Choice Documentary Award), the New York Film Festival, the Chicago International Film Festival, the Palm Springs International Film Festival (Best of Fest selection), and many others.

The story of the prosecution of Abacus was brought to my attention by producer Mark Mitten, who served as an executive producer and co-producer on my last film, Life Itself. Mark has known the Sung family – primarily Vera – for ten years and had first-hand knowledge of the legal ordeal they were going through. Good thing too, because the case generated virtually no press attention outside of New York’s Chinese language press. The New York Times covered the indictment spectacle, and wrote about the verdict. Otherwise, they wrote nothing during the three years in between. They weren’t alone in neglecting to grasp what an important story this was.

When I mention casually to friends that I’ve been doing a film on the only U.S. bank to be criminally prosecuted in the wake of the 2008 mortgage crisis, they initially assume it's a very different story than the one we’ve told – that finally an egregious bank has been brought to justice for participating in schemes that nearly crashed the world economy.

Whatever individual viewers conclude about Abacus’ guilt or culpability during this fraud case, it’s indisputable that they are in many ways the mirror-opposite of the Big Banks. Abacus is the 2651st largest bank in the U.S. Their assets are 1/100th of one percent of Bank of America. They did initially report the fraud they discovered and then initiated their own internal investigation that resulted in firing of other loan officers.

Making this film was eye-opening for me in so many ways. I’d never spent any meaningful time in the Chinese-American community, let alone, Chinatown. It can be such a closed community to outsiders. The Sungs' stature in the community made access possible. And spending time with the Sung family was priceless. When I first met them, I made a joke to Mark about whether we might have a sort of modern-day King Lear story on our hands: three daughters involved in a “kingdom” built by their father in Chinatown, amidst much strife, their future hanging in the balance. As we filmed, it became clear that if this is King Lear, it's an inspirational version with a loving and quite hilarious family, united against all odds. Which means, the anti-King Lear story.

Despite our affection for the family, and the fact that we tell this story through their eyes, we felt a great responsibility to feature the perspective of the District Attorney of New York, Cyrus Vance,Jr., and his prosecution team, along with insights from jurors who struggled mightily to reach a verdict. Their participation added immeasurably to our understanding of the case against Abacus.

And for me, creatively, I relished the opportunity to do a legal film, having never tackled a courtroom drama before. It wasn’t made easy for us because we barred from filming at all in the courtroom during the trial. It probably also didn’t help that this was not a murder trial or a casei nvolving billions of dollars of fraud. It was, as one court officer said to me rather humorously and derisively, “just a paper trial.” Meaning: a boring financial case. But we weren’t bored at all. Indeed, we came to believe that this obscure fraud trial, involving just thirty mortgages, has much to say about the financial crisis and larger issues of justice in America.

I am pleased with how our team pulled this all off. We couldn’t have done it without the beautiful courtroom illustrations by Christine Cornell, the amazing cinematography of Tom Bergmann, the great editing of John Farbrother and David E. Simpson, Joshua Abrams’ evocative score, and a terrific producing team of Mark Mitten, Julie Goldman, Fenell Doremus, and Nick Verbitsky, among many others. Our greatest thanks goes to the Sung family who let us so fully into their lives.