Followed by a Q&A with Greg Sestero and Tommy Wiseau

"Wiseau & Sestero! A reunion that fills my heart with pure joy," - Matt Shakman, Director of Game of Thrones, Fargo

"An absurdist presentation of reality that's both alien and true," - Huffington Post 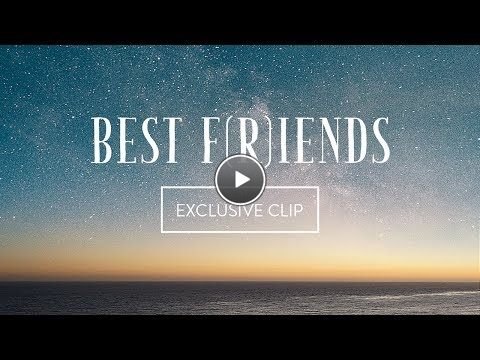 "Imagine a movie so incomprehensible that you find yourself compelled to watch it over and over again. You become desperate to learn how (if) on earth it was conceived: Who made it, and for what purpose?" -- Greg Sestero, The Disaster Artist

15 years after making The Room...They're back!

Best F(r)iends is a new feature film from the NY Times Bestselling author of The Disaster Artist, and starring the creator of The Room.

Finally, the dynamic duo that is Greg Sestero & Tommy Wiseau reunites for a dream project that will send fans of cult favorite THE ROOM into paroxysms of unabated joy. Sestero plays a drifter who arrives in L.A. physically unharmed but mentally bruised and winds up begging on the mean Angeleno streets. He is resigned to a hand-to-mouth existence until he crosses paths with a peculiar mortician (Wiseau), and an evening of work turns into a regular gig for the drifter. The two find themselves engaged in an unusual yet increasingly lucrative underground enterprise, but as the money rolls in, jealousy, anger and greed start to poison their initially warm, if odd, partnership. Will these best f(r)iends survive the turning tide? Greg Sestero is an actor, producer, model and New York Times Bestselling author. He was born in Walnut Creek, California and raised between the San Francisco Bay Area and Europe. He is fluent in both French and English.

At the age of 17, Greg began his career in entertainment by modeling in Milan for such designers as Valentino and Armani. Upon returning to California, Greg went onto pursue acting and appeared in several films and television shows before co-starring in the international cult phenomenon The Room. Greg's many passions include film, sports, nutrition, animals, and traveling.

A Hollywood legend who wrote/produced/starred in one of the biggest cult films in the last 40 years. The Room is known as the best worst movie ever made and has screened worldwide for the past 15 years. Best F(r)iends is Tommy's first feature film since The Room.