About Conquest of the Planet of the Apes (1972) 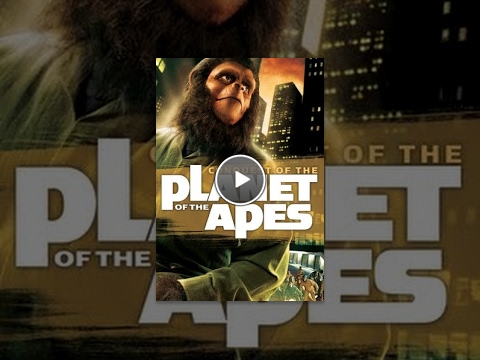 Colorful, futuristic sets, a relentless pace and an action-packed climax highlight the fourth episode of the legendary Apes saga, starring Roddy McDowall and Ricardo Montalban. The time is the near future. Apes have supplanted dogs and cats as household pets, and replaced servants as personal assistants - until their continual mistreatment provokes one advanced ape from the future, Caesar (McDowall), to lead a spectacular revolt. 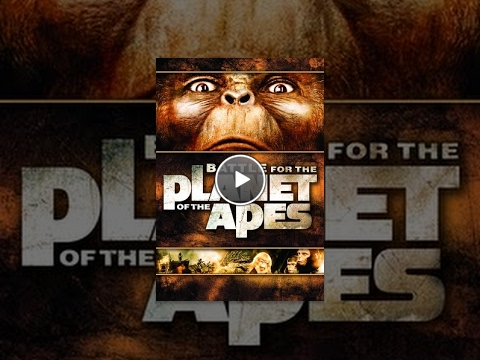 Roddy McDowall returns as Caesar, the intelligent chimp who led an ape revolution against their human masters in the last installment, Conquest of the Planet of the Apes. Since then, humans nearly rendered themselves extinct in an all-out nuclear war, and the survivors are now beneath the well-preserved ape society. Now a benevolent leader of his people, Caesar supports a peaceful coexistence with humans, much to the dismay of his militant counterpart General Aldo (Claude Akins). When Caesar learns that new evidence regarding his parents' murder has been found in the Forbidden City, he journeys to the bombarded wasteland with the human MacDonald (Austin Stoker) and the omniscient orangutan Virgil (Paul Williams). While he does find what he is looking for, Caesar also unwittingly awakens a flock of human survivors, who follows his group back home. Thomas R. Burman is a true renaissance man in the field of special makeup effects. With a career spanning over 50 years, Tom began as an apprentice at 20th Century Fox in 1966. Mentored by Academy Award?Winning Makeup Artist John Chambers, Tom is actually responsible for bringing Chambers and Fox together to make Planet of the Apes (1968). Serving as Chambers’s partner and assistant on the development and production of the first film, then as a supervising makeup artist on Beneath and Escape from the Planet of the Apes, Tom left an indelible mark on the Apes franchise.

Going on to partner with Chambers in creating the first independent makeup studio in Hollywood, Tom’s impact includes coining the phrase "special makeup effect" and was instrumental in the development of the Academy Award category for Best Makeup Effects. Tom has been nominated for the Academy Award, won 6 Emmys, 27 Emmy nominations, 1 Cable Ace, 2 Science Fiction Awards, 2 Fantasy Horror Film Awards and 1 Guild Award. Tom is currently writing his memoirs and working on the feature length documentary Making Apes: The Artists Who Changed Film, a chronicle of the making of Planet of the Apes and Tom’s impact on the special makeup effects industry, due to be releases in 2019.

DON MURRAY ("Breck", Conquest of the Planet of the Apes)

FRANCE NUYEN ("Alma", Battle for the Planet of the Apes)

BOBBY PORTER ("Cornelius", Battle for the Planet of the Apes)

In 1971, a young pre-med student was offered a summer job by his neighbor and a successful 45 year career in film and television was born. At 4’9” and 82 pounds, 19 year old Bobby Porter discovered his niche as a stunt double for children, stunt coordinator and character actor. After playing three different roles in the Planet of the Apes franchise, Bobby contributed his talents to 16 Disney feature films, as well as Annie, Terminator 2, E.T., On Golden Pond, The Bodyguard, Blade Runner, The Road and countless others. His major television credits as an actor include Quark (Andy the Robot), Battlestar Galactica (Lucifer) and Land of the Lost (as Stink). Bobby was the first Stunt Coordinator to be nominated for a Prime-Time Emmy in 2002 for his work on Malcolm in the Middle where he was the series coordinator for its 7-year run.

Now, after having been blessed to have worked on 5 continents and 12 countries, Bobby spends his time running (logging nearly 53,000 miles and 57 marathons to date) fishing and spending as much time with his two sons as he can. And when the phone eventually rings to offer him the role of crazy little old man, he’ll humbly and enthusiastically say, “where and when?!”

AUSTIN STOKER ("Bruce MacDonald", Battle for the Planet of the Apes)

Austin Stoker began acting at age eleven. Born and raised in Port-of-Spain, Trinidad, Austin (né Alfonso Austin Matthew Marshall) acquired his Cambridge University Senior Certificate with “Distinction in English” and considered becoming a customs officer. He attributes his affinity for acting to having been a movie fan since age five and, moreover, since the same age, a devoted participant, in the Trinidad Carnival - reportedly “The World’s Most Colorful Festival”-  a veritable Two Hundred and Twenty-Five-Year-old ‘theatre of the street’.

At age 16 Austin joined a local acting group, The Whitehall Players. Four years later, while employed at Port Services, Austin was invited by a co-worker to join a local dance troupe- which was headed by said co-worker. Quite unexpectedly, this troupe - Holder Dance Company (H.D.C.) - later brought him to New York City. As a percussionist/dancer with H.D.C., Austin was one of a special “Trio” of young Trinidadian musicians who - together with H.D.C. artistic founder, the legendary dancer,  painter, photographer and “Seven-Up Un-cola” commercial pitchman, Geoffrey Holder - landed contract roles in the Truman Capote/Harold Arlen Broadway Musical "House Of Flowers", choreographed originally by George Balanchine and directed by Herbert Ross.

From the very first day of rehearsal at the Alvin (now Neil Simon) Theater, the Trio was an immediate sensation. The musicians and cast could not resist this "new sound" produced on the Trio’s unusual instruments. Austin recalls the show’s writer, Mr. Truman Capote, so impressed, suggesting to the composer, Mr. Harold Arlen: "Harold, you have to write something for these boys to play on their lovely drums!". The result can be heard, with full orchestral accompaniment, in the recorded rendition of the full-cast, show-stopping "Smellin’ of Vanilla" on the House Of Flowers LP.

House Of Flowers closed after 165 performances. Having no contractual agreement with H.D.C., the Trio agreed to join another House Of Flowers star, Enid Mosier (aka: Vivian Bonnell). A “Review” called "Enid Mosier & Her Trinidad Steel Band" was formed - an idea conceived, staged and financed by director Herbert Ross. For the next two years they traveled abroad, performed in clubs, concerts and made two LP recordings: Hi Fi Calypso, Etc. & No Cover, No Minimum. They toured throughout the United States and Canada until Austin was drafted - unexpectedly - into the U.S. Army. Due to the Review’s precise staging, choreography, "Special Material" and charted musical arrangements, a replacement for Austin was an issue they could not immediately resolve. This caused the eventual dissolution of the group.

Austin took time for his dramatic training at HB Studio in New York under the direction of academy award-winning actress Ms. Lee Grant. Eventually, Ms. Grant returned to Hollywood and Mr. William Hickey took over her class. Subsequently, Austin was granted an HB Studio Scholarship and was further trained under Ms. Uta Hagen, author of Respect For Acting.

Besides performing, Austin periodically conducts an acting workshop which includes attention to Speech & Voice when necessary. As a trained movie scriptwriter Austin has coached many others, but has authored two features in particular which he aspires to produce. He is a member/dramaturge of CART, West (Caribbean-American Repertory Theatre, West) and is currently developing "what’s that sound?",  a definitive documentary on the history of the Trinidadian Steelpan.