Outside the Box [Office] and Craftsmen Media Co. invite you & a guest to attend a special screening of 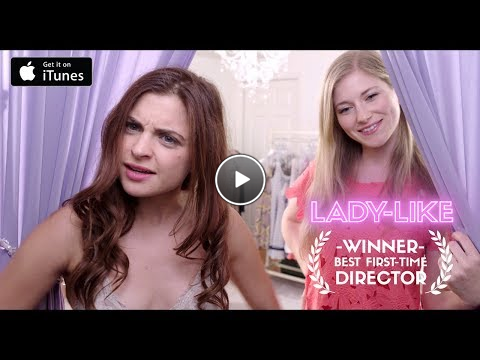 Lady-Like follows Allie (Stephanie Simbari of Funny Girls), who is simultaneously a hilarious loudmouth and brilliant introvert, as she struggles to find her place at a prestigious university. Hindered by her inclination to simply throw on a pair of sweatpants, order take out, and watch Netflix, Allie effectively eludes the obstacles in her life—preferring gossip and humor to working hard and finding concrete solutions. However, when her best friend and social crutch, Kort (Allie Gallerani of The Institute), starts dating a transfer student, Allie’s left to fend for herself; drinking, dating, and cursing her way into young womanhood with the tact and grace of a wrecking ball. Brent is an alumnus of Georgetown University and with this project, returned to DC to direct his first feature film. Since graduation, he has studied screenwriting at UCLA and worked in Hollywood both in front of and behind the camera, most extensively for James Frey’s Fiction Factory and on the hit NBC TV show Friday Night Lights.

As a young, female comedian, Stephanie has already made quite the mark. She caught the eyes of NBC Universal, who featured her on the hit show Funny Girls, and now takes the stage with the likes of Jeff Garlin and some of the biggest names in comedy. As an actress, she was a lead in the film Coldwater, which premiered at SXSW, and most recently finished filming the comedy pilot, Court Ordered. Off camera, she hosts one of the most successful female-driven podcasts in the country, That’s So Retrograde.

At just twenty-one years of age, Zak Steiner is a force in the making. He’s already been the face of a fragrance in Bottega Veneta, featured in numerous print and commercial advertisements, and appeared in guest roles on Marvel’s Jessica Jones and NBC’s Law &Order: Special Victims Unit. When he’s not filming, he hones his craft at the acclaimed McCaskill Studio in New York City.