IN THE FADE with Writer/Director/Producer Fatih Akin

Outside the Box [Office], the Turkish Film Festival of Los Angeles, and Magnolia Pictures, invite you and a guest to attend a special screening of Followed by a Q&A with Fatih Akin

About In the Fade 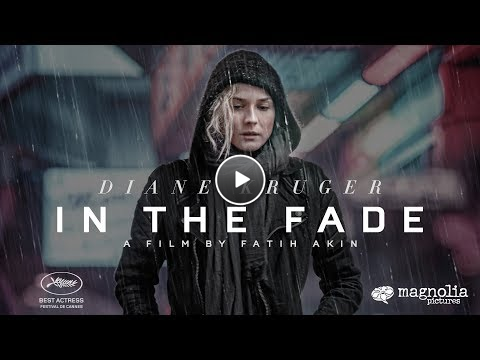 Out of nowhere, Katja’s life falls apart when her husband Nuri and little son Rocco are killed in a bomb attack. Her friends and family try to give her the support she needs, and Katja somehow manages to make it through the funeral. But the mind numbing search for the perpetrators and reasons behind the senseless killing complicate Katja’s painful mourning, opening wounds and doubts. Danilo, a lawyer and Nuri’s best friend, represents Katja in the eventual trial against the two suspects: a young couple from the neo-Nazi scene. The trial pushes Katja to the edge, but there’s simply no alternative for her: she wants justice. Fatih Akin was born in 1973 in Hamburg, Germany, the son of Turkish immigrants. He studied at the University of Fine Arts. After making two short films, he achieved his breakthrough in 1998 with his debut feature Short Sharp Shock. It was followed by the road movie In July with Moritz Bleibtreu and Christiane Paul, as well as the documentary I Think about Germany: We Forgot to Go Back about his parents’ immigration story. His 2002 feature Solino tells the story of an Italian immigrant family in Germany.

His international breakthrough came with Head-On, winner of the Golden Bear, as well as the German and European Film Award. He documented the diversity of the Istanbul music scene in Crossing the Bridge – The Sound of Istanbul. His 2007 feature The Edge of Heaven won the Best Screenplay prize at Cannes. The following year, he directed an episode for the compilation film New York, I Love You. In his comedy Soul Kitchen, he created a monument to his hometown and won the Special Jury Prize in Venice. For his documentary Polluting Paradise, Akin followed the environmental damage in the Turkish village of his ancestors for many years. His 2014 feature The Cut premiered at the Venice Film Festival. His new feature In The Fade, starring Diane Kruger, premiered at the 2017 Cannes Film Festival.