Outside the Box [Office], Black Elephant Productions, and Casual Productions present the The screening will be followed by a Q&A with Cast & Crew. 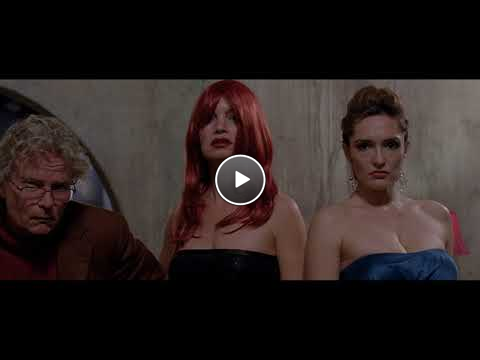 A corrupt CEO grows increasingly paranoid that he is being stalked by his former victims and a psychiatrist who rewards patients with pink socks. As bullets fly and bodies fall, sex and violence wreak havoc, can he do the right thing?

Darkness is calling…Alarms shriek as the sexy, pistol-packing Harriet Skelp and her eccentric partner Otto Jeter search out a mysterious technology.

Businessman, Stu Undercoffler (Eric Roberts) receives some very bad advice that will take him from upstanding entrepreneur to ruthless racketeer. His dealings become shady, his methods unconscionable. Stu finds the riches he seeks but has no idea that–Darkness has started to spread. It’s gone viral, infecting everyone Stu comes in contact with, the darkness has taken root. And once it begins, it’s impossible to stop. Suicides, cars wrecked, madness, killers stalking the streets of Los Angeles.

Darkness is all around. And on one fateful night, it will come full-circle, winding it’s way back around to Stu as he’s called to task for his evil deeds. As bullets fly and bodies fall, sex and violence wreak havoc, and the viral infection reaches epidemic levels. Those who let the shadowy doom into their hearts are no longer just victims, they are carriers. Josh Eisenstadt is a native of Los Angeles and an intrepid movie director who has completed four feature films of his own vision.

While completing his Bachelors Degree at UCLA, Josh conceived Specter’s Rock, a self-funded Supernatural Thriller with a cast of sixty five actors including Kevin Grevioux who created Underworld. Josh’s second film, Red Lightning, is a Psychological Thriller which takes place in the jaded world of stock brokerage which co-starred Irina Bjorkland, George Clooney’s girlfriend in The American.

With his third film, Josh went up to over a million dollar budget to complete the thirty-five millimeter feature film Dark Reel, a Supernatural Horror Mystery starring Edward Furlong (Terminator 2, American History X), Lance Henriksen (Alien, Millennium) and Tony Todd (Candyman, Final Destination), with a cameo by Rick Baker (seven-time Oscar-winner for special effects makeup). Dark Reel was released in just about every country in the world after playing in multiple film festivals worldwide and garnering several awards. Dark Reel's US release included Redbox, Blockbuster and Hollywood Video among other venues and stores.

The fourth feature by Josh is Spreading Darkness, a Revenge Tragedy starring Eric Roberts, John Savage, Dominique Swain (Lolita and Face/Off) and Robert Davi (License to Kill, Die Hard) which is being released in January 2018 in retail stores, VOD, cable and SVOD in the United States. Releases in other countries will be announced throughout the year.

In addition to his feature film work, Josh completed and edited the 35mm short, Inner Balance, whose cinematographer was Eric Steelberg, the DP of Juno and Up in the Air. The lead actor is Dana Ashbrook  (Bobby Briggs in Twin Peaks). Josh is also considered by many to be one of the world’s authorities on Twin Peaks and was an integral part of the Season One and Two DVD Extras.