Outside the Box [Office], Honor Diaries, Women's Voices Now,
and the Council for Muslims Facing Tomorrow,
in collaboration with the USC Levan Institute for Humanitites and Ethics (MISC),
USC Relationship and Sexual Violence Prevention and Services (RSVP),
USC Media Institute for Social Change, Late Night 'SC,
and the USC Student Chapter of the Global Women's Narratives Project,
invite you and guest to attend

A Film Festival & Summit to Give Voice to the Voiceless

The Censored Women’s Film Festival pushes the envelope in the cinematic portrayal of women’s rights and brings together dynamic speakers (experts, filmmakers and activists) from around the globe. The festival selects the most powerful films which uncover silenced women’s issues, using this event to give voice to the voiceless. Film selections include Honor Diaries, The Cruel Cut, Driving With Selvi, and video shorts from Women’s Voices Now, among others.

Schedule of Screenings and Events:

SCREAMING SILENCE (00:01:40)
Dir: Hassan Fazili & Fatima Hussaini, Tajikistan/Afghanistan
Every day she cleans her husband’s shoes, and what does he do?

THE CRUEL CUT (00:52:00)
https://www.youtube.com/watch?v=2lmaZ8FJvOE
Dir: Vicki Cooper, 2013, United Kingdom
This passionate and exuberant documentary explores the complex world of FGM, how it could be your neighbor, your colleague or the girl on the bus next to you who could be either at risk or suffering the consequences. The Cruel Cut examines the cultural and societal pressures, and how it manages to continue despite being illegal in the UK, and follows Leyla’s campaign as she and a group of survivors attempt to take their cause to the very top of the government.

HIS CUCUMBER (00:03:27)
Dir: Sharine Atif, 2015, Egypt/United States
An Egyptian woman shares her story about a man who sexually harasses her while at the market. Instead of ignoring him as most women would do, she confronts him with a shocking and unexpected tone.

FORCED MARRIAGE COPS (00:32:00)
https://www.youtube.com/watch?v=eLeR2oETox0
Dir: Anna Hall, 2015, United Kingdom
With unprecedented access to the Manchester Police Force, this documentary investigates the biggest cases of forced marriage in the UK and follows the police as they desperately try to enforce a law that means children must turn on their parents to secure convictions.

YOU ASKED FOR IT (00:05:15)
Dir: Ariel Sobel, 2016, United States
A campus cruiser driver goes on a rampage when she discovers the drunk boy in her back seat sexually assaulted her a few months earlier.

BUTTERFLIES (00:03:11)
Dir: Adnan Zandi, 2015, Iran
A mother needs to breastfeed her hungry child, but finds it very difficult in her public surroundings.

HAWAR (00:25:00)
Dir: Duzen Tekkal, 2015, Iraq/Germany
Hawar is the story of the Yazidi journalist Duzen Tekkal and her father Seyhmus, and their journey back to their roots. Duzen travels with her father to the birthplace of her religion, to the Yazidi homelands in northern Iraq, where ISIS terrorists are committing inconceivable atrocities.

Heidi Basch-Harod - Executive director of Women’s Voices Now and author of articles and op-eds examining the Middle East and North Africa. Producer of award-winning documentary film Honor Diaries, and co-producer of the award-winning short film In Search of America, Inshallah.

Reda El Danbouki – Egyptian attorney and human rights activist. Founder of the Women’s Center for Guidance and Awareness. First attorney to bring a case against a doctor for performing female genital mutilation in Egypt.

Michelle Fiordaliso – Award-winning writer, film director, and executive coach whose work has been published in The New York Times, The Hollywood Reporter, and Self. Director of The Streets Are Ours: Two Lives Cross in Karachi.

Paula Kweskin – Human rights attorney and award-winning filmmaker, producer of Honor Diaries and Faithkeepers, and founder/director of the Censored Women’s Film Festival. Her articles have appeared in The Wall Street Journal, The Daily Beast, and The Jerusalem Post among others.

Neena Nejad – Iranian-American filmmaker and photographer. Producer of the documentary The Price of Honor, a a documentary about the murders of Amina and Sarah Said, teenage sisters from Lewisville, Texas, who were killed in a premeditated “honor killing” in 2008.

About the Censored Women's Film Festival

The Censored Women’s Film Festival pushes the envelope in the cinematic portrayal of women’s rights and brings together dynamic speakers (experts, filmmakers and activists) from around the globe. Each year the festival selects the most powerful films which uncover silenced women’s issues, using this event to give voice to the voiceless.

More than a movie, Honor Diaries is a movement empowering viewers to break down the barrier of political correctness and speak the truth: culture is no excuse for abuse.

About the Council for Muslims Facing Tomorrow

The Council for Muslims Facing Tomorrow is a non-profit Canadian organization dedicated to nurturing harmonious coexistence among people of all faith traditions, to supporting open and free intellectual discourse about our history beset with problems that need to be publicly discussed, and to celebrating as Canadians our cultural diversity in all of its aspects.

About the USC Levan Institute for Humanities and Ethics

The USC Levan Institute for Humanities and Ethics engages students with the timeless values at the core of our humanity. In this effort, we seek moral reflection, understanding of self, and multidisciplinary dialogue. Levan students are encouraged to make a positive impact across society and around the world.

About the USC Media Institute for Social Change (MISC) 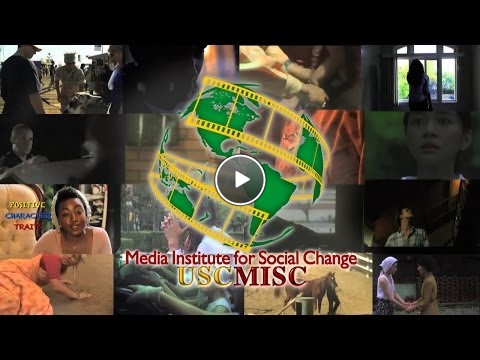 The USC Media Institute for Social Change is a nonprofit organization of industry professionals at the University of Southern California School of Cinematic Arts who use cinema to create an awareness of social issues and inspire positive actions throughout the world.With a mission to support emerging media makers who weave pro-social messaging into their stories, USC-MISC seeks to change the world one film at a time.

Late Night ‘SC is a series of free late night programs offered during prime social hours that are open to all USC students! Check out our lineup of events taking place Thursdays, Fridays, and Saturdays from 9pm-2am that are just for you!

We look forward to seeing you at our next event!

About the USC Student Chapter of the Global Women's Narratives Project

The Global Women's Narratives Project was launched by The Levan Institute for Humanities and Ethics at the University of Southern California (USC), in partnership with the Oxford Consortium for Human Rights, the Carnegie Council for Ethics in International Affairs, and the UNESCO Chair on Global Humanities and Ethics Education.The core concept of the project is to interview women one-on-one and make available the personal narratives of lived experiences of women around the world. GWNP aims to give students, faculty, and scholars the opportunity and incentive to spend one hour with a woman to better understand her joys and challenges and what is potentially unique from men in the context of global ethical inquiry. The hope is that this shared interview and reflection will inform and help connect education to issues specific to the practical experiences of women in their daily lives. The USC Student Chapter is the nucleus of a network of global student chapters that work to implement and grow the Global Women's Narratives Project.

All screenings and events are free of charge and open to the public. Please bring a valid USC ID or print out of your reservation confirmation, which will automatically be sent to your e-mail account upon successfully making an RSVP through this website. Doors will open 30 minutes before showtime.